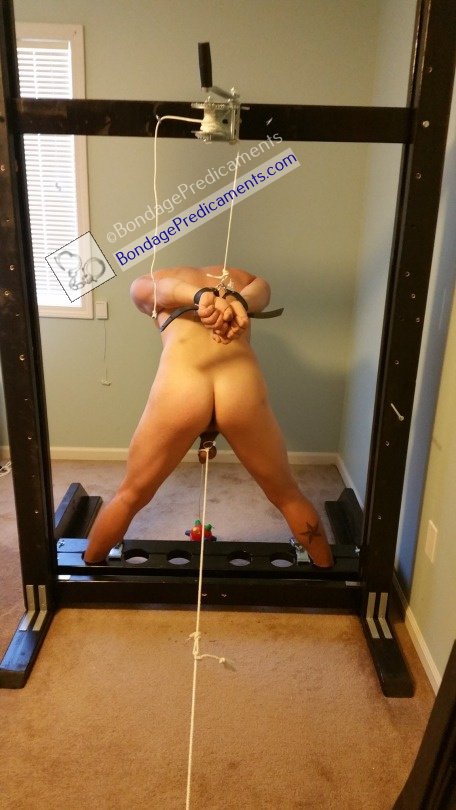 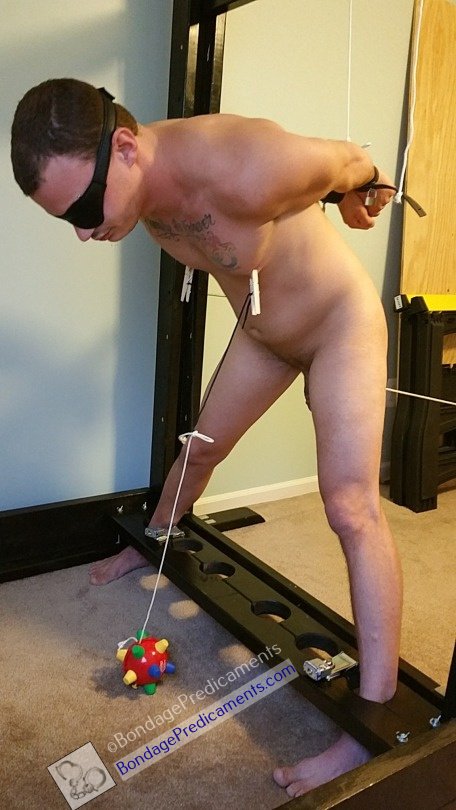 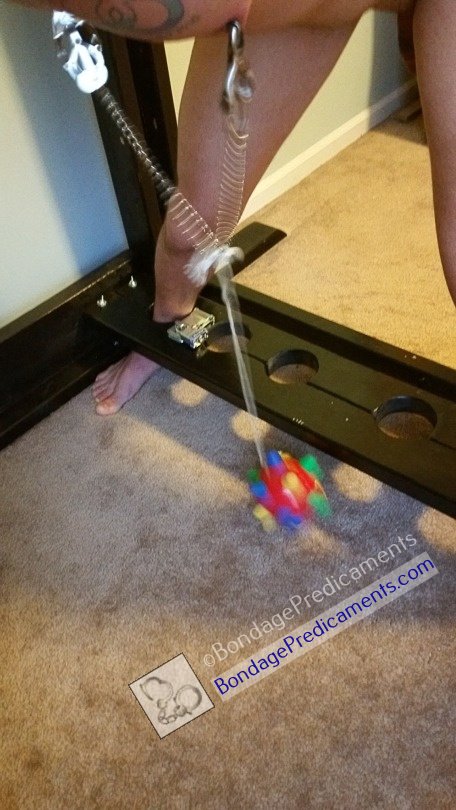 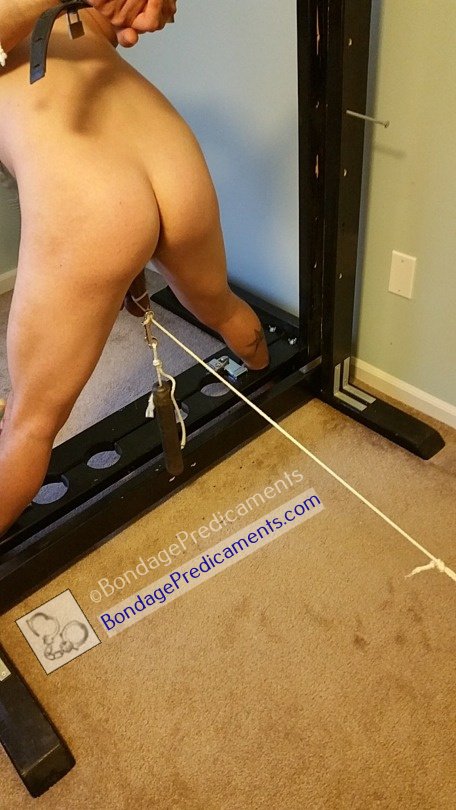 If you missed Friday night, parts 1-3, you can catch up on them here:

After a long night locked in chastity, I was planning to unlock this boy in the morning before he left. He originally told me he had to be on his way home by about 11am. Suddenly I noticed it was 11:30am, and I told him he was running late at getting on the road. He just looked at me, and was fairly quiet. I KNOW that look. He may have been a shy boy, but he didn’t even have to say anything. I could see it in his eyes. That’s the look of a boy who wants MORE! ;)

It only took a few minutes to figure that out and confirm it. Suddenly getting on the road to head home wasn’t as important as it was before. So, back to the playroom we went.

I immediately blindfolded him and locked some leather wrist cuffs on him. As he heard the click of the padlocks securing his hands behind his back, it further reinforced the fact that he had asked for more, and was about to get more. He still let a few smartass comments slip out, as if he was challenging me to put him in even more intense bondage. I wouldn’t want to disappoint him on that, so that’s exactly what I did.

I walked him over to the stocks, where I had prepared the foot stocks just above floor level. As I guided him back into them and told him to spread his feet, he found the middle grooves with his ankles, not the closest and not the widest positions, and moved his ankles into them.

He adjusted his ankles slightly to better fit into the same middle grooves.

He again readjusted in the same slots.

Me: “Spread your feet wider, boy!”

I guided his feet to the widest holes, then locked them in. This spread his legs about a foot wider. He was already feeling quite vulnerable, with his legs spread wide and his dick and balls hanging down, sensitive, vulnerable, and defenseless. His hands were still cuffed behind his back, but they were about to get restricted even more.

I released the winch I had prepared above him and pulled the rope down. I clipped the rope to his cuffed hands, then began cranking the winch up while guiding him to bend forward. He was forced to bend at the waist, leaning over and already putting his body through a bit of a workout. He couldn’t hang from his wrists as that would quickly become very uncomfortable. He couldn’t stand up straight since I had cranked his hands up too high behind him to allow it. He was stuck in this position, which was about to get even tougher.

I went behind him, gave his ass a smack to further reinforce how vulnerable he was, and tied a rope around his balls. I pulled the long rope down and back until it was taut in a position where he was forced bend his knees with his ass thrusted back behind him. Then I tied the rope off, securing his position.

If he tried to stand up, his arms wouldn’t like it.

If he tried to relax, his wrists would suffer.

If he tried to lunge forward at all, his balls would hate him for it.

He was in quite a predicament, but it was about to get even worse.

I removed the chastity cage. I grabbed two clothespins, brought them over to him, and lightly dragged them around his nipples.

Me: “Know what these are boy?”

He had told me he could easily handle clothespins and nipple clamps. But how about when they’re pulled and tugged? I placed one clothespin on each of his nipples. He didn’t even flinch. I started flicking the clothespins with my fingers.

I had previously tied the clothespins together with a shoelace to prepare for what I had planned. I got the Bumble Ball out and tied a thin rope from the ball to the shoelace between the clothepins on his nipples, leaving a little bit of slack.

Me: "Still think those nipples are tough, boy?”

Me: “Maybe this will help you remember how to address me, since you keep forgetting.”

I turned the Bumble Ball on, and watched it roll around on the floor under him, yanking the clothespins on his nipples every time it tried to go out of a pretty small area.

Me: “Every time you forget how to address me, I’m going to add something extra as a little reminder.”

I let the Bumble Ball work on his nipples for a while. They were getting a pretty rough treatment, but it could get rougher.

Me: “How are those nipples feeling, boy?”

Me: “Good, think about that while your nipples are getting yanked and those clover clamps tighten more as they’re yanked. And don’t fuck that up again boy!”

I turned the Bumble Ball back on, and watched as it violently yanked his clamped nipples. Now this boy who thought his nipples were tough was trying to move around to avoid them getting yanked as much. But to no avail. There was no hope of stopping the Bumble Ball’s mission, and it’s mission was to punish this boy’s nipples.

I decided to remove the blindfold and make him watch the ball bounce around and yank his nipples, knowing there was nothing he could do to stop it even though it was happening only 3 feet away.

I kicked back a few feet away from him but still within his view, and watched the show for a while. He tried moving to one side as the ball rolled that way, then to the other side when the ball reversed direction. He did this a few times before realizing it wasn’t helping. Then I noticed him starting to lean over more, trying to bring his clamped nipples a bit closer to the floor. He did this because he felt a tighter pull on them over time. This was part of the plan, and part of the torment that the Bumble Ball provides since it tends to rotate in the same direction as it bounces around. This meant the rope wound up, gradually pulling his nipples more and more to the floor.

Me: “Have your nipples had enough yet, boy?”

I got out a window counter weight that I had a rope rigged to, with a clip on the end of it. It weighed about 5 lbs. I clipped it to the rope tied to his balls, just over a knot to hold it in place.

Me: “Now you’ve got 5 lbs. hanging from your balls in addition to those clover clamps getting yanked constantly, and that weight is going to stay there until I’m convince you’ve learned how to address me.”

I could see him sort of cringing, trying to lower his balls to allow the weight to rest on the floor. But I had things tied just right so that wasn’t possible.

Me: “How are you supposed to address me boy?”

Me: “And how are you going to address me boy?”

Me: “And why should you address me as Sir, boy?”

Me: “Good. Are you EVER going to forgot how to address me again, boy?”

Wow, how obedient and not so forgetful he had become, all in a matter of seconds, the few seconds it took me to clip that weight to hang from his balls. I removed the weight.

Me: “I’ve removed the weight from your balls, boy. But you’re going to remain like this for a while, just to make sure you don’t forget again.” 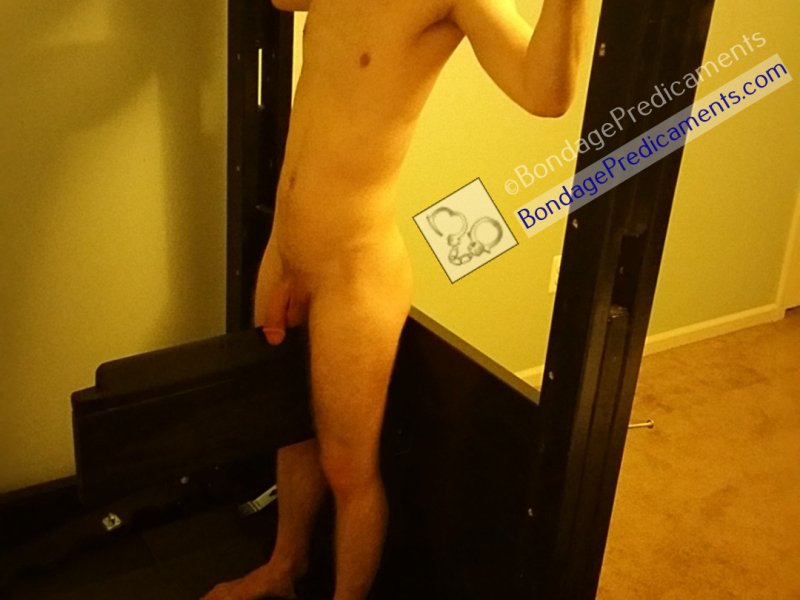 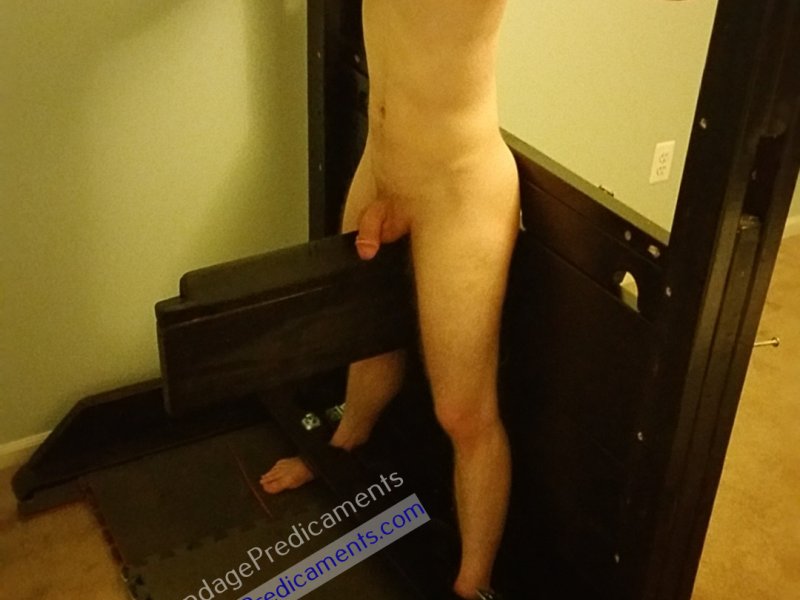 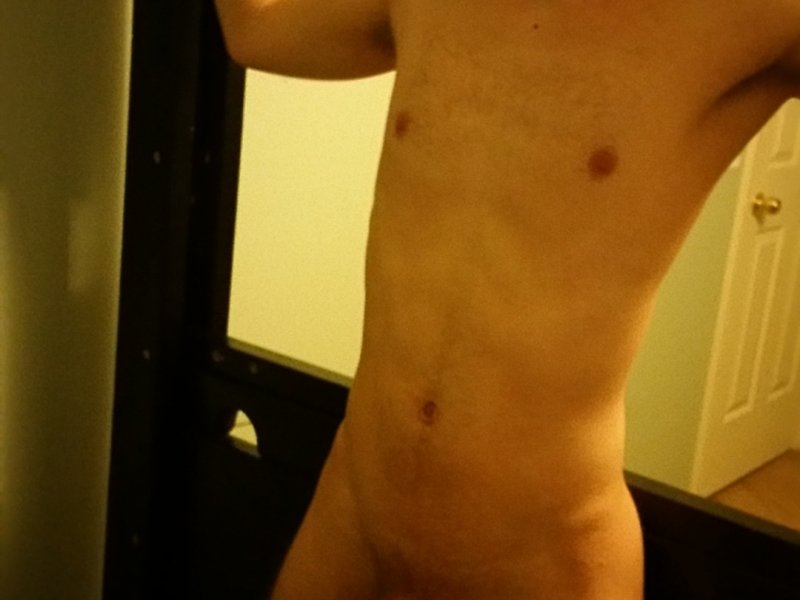 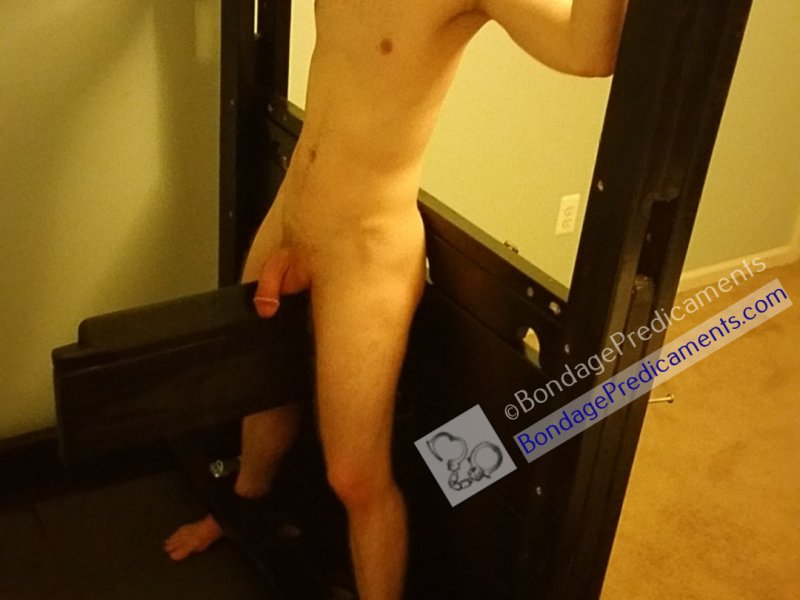 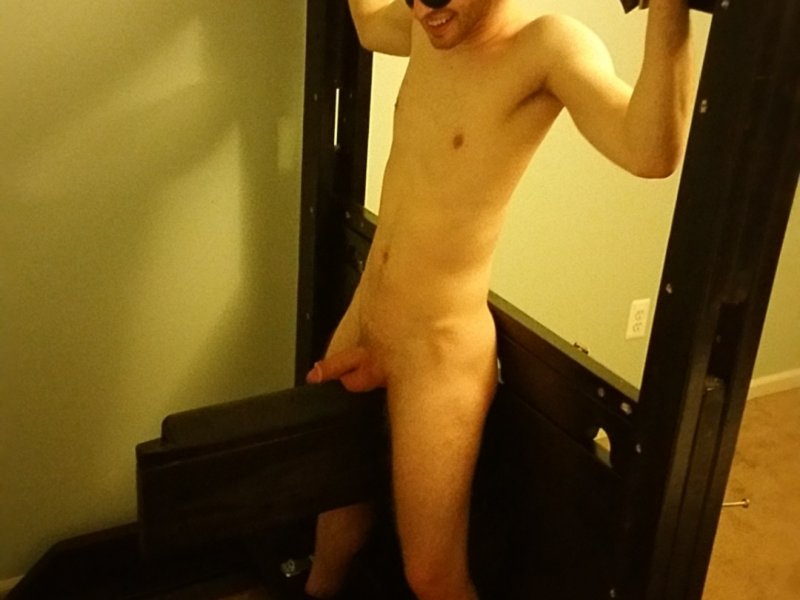 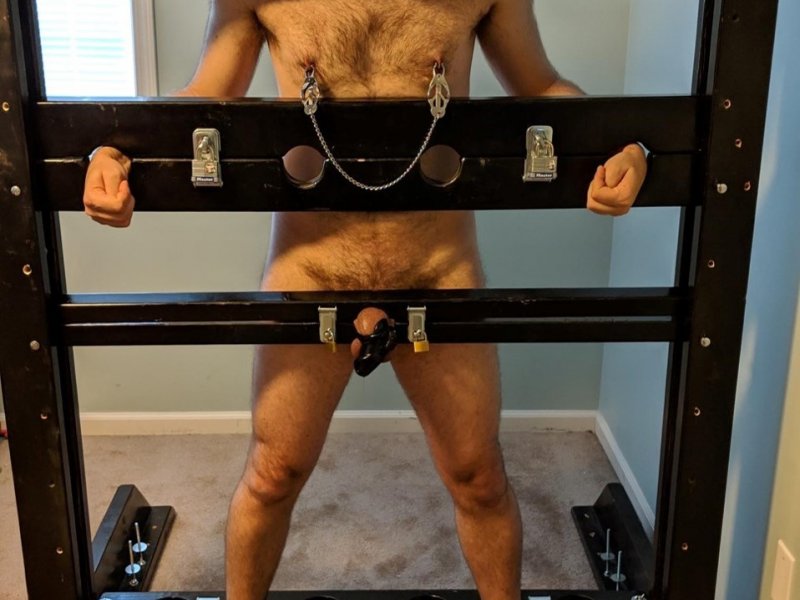