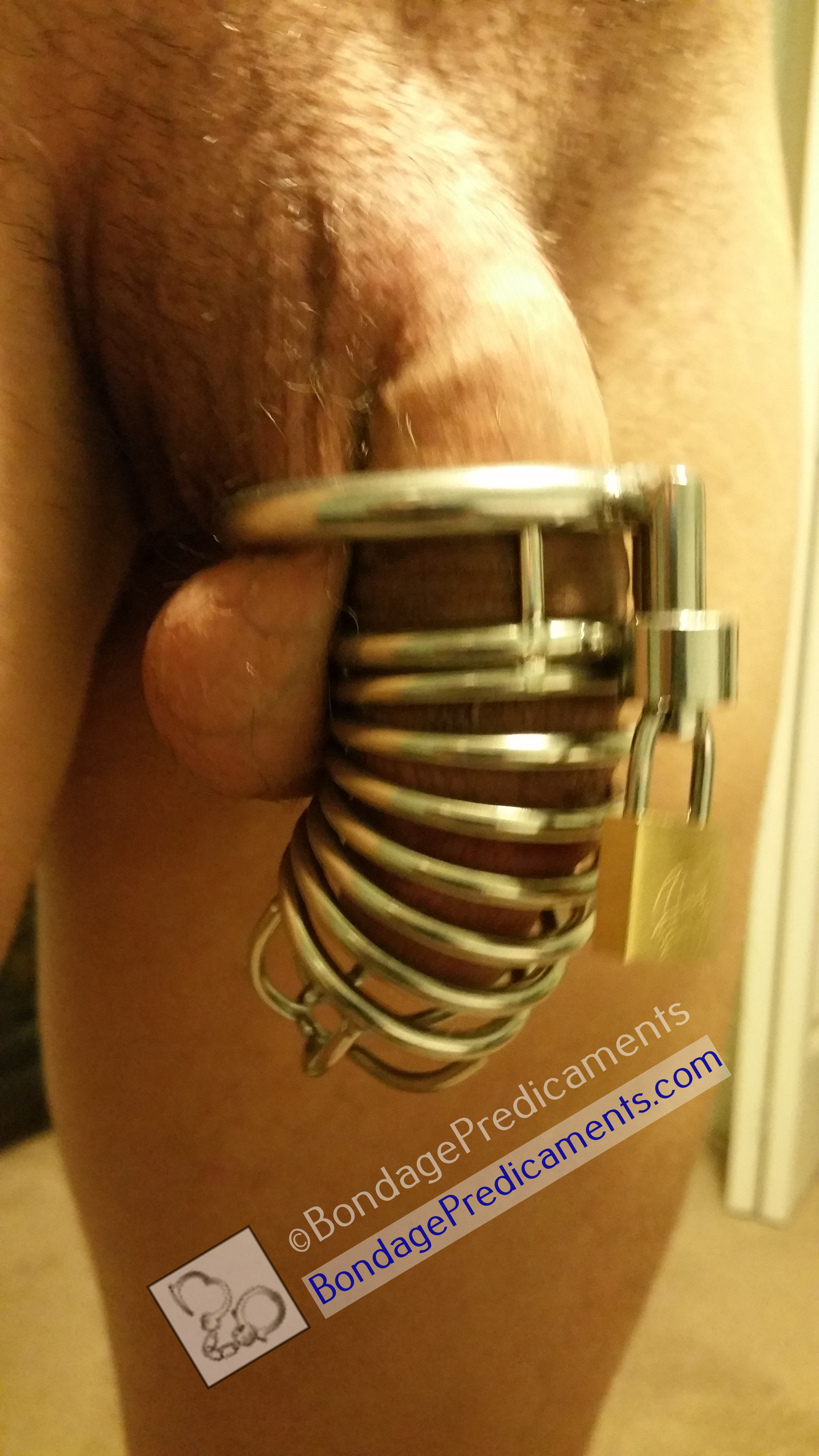 It turned out that the majority of the team wanted a blow job from the newly anointed team slave. I only managed to make three of them cum in the allotted time so by the time the last of them left the change room I was exhausted, my mouth dry from licking the pile of jocks, my throat sore from having serviced so many men and my knees aching from being on the hard tiles for so long. I was so tired I didn’t even notice Brian sitting on the benches behind me until he cleared his throat. I turned around and, too worn and too humiliated to do anything else, padded over to his outstretched hands. He drew my head into his crotch and slowly scratched the back of my head behind my ears.

“You did so good today little one,” was all he said as I knelt, nuzzling his crotch, enjoying the feel of his strong hands on me. I was exhausted, aching, humiliated but all I really felt right then was safe. I can’t explain it better than that but he made me feel safe and I never wanted the feeling to end. It was a long time till he rose and without a word, left me alone in the change rooms, and it was even longer until I could make myself stand and walk over to the shower to clean up.

It didn’t take many more training sessions before the humiliation had faded. I was learning what turned each of my teammates on and was able to get more and more off in under 5 minutes with just my tongue and my throat and after cleaning everyone’s jocks and cocks time  and again, one tends to stop worrying about little things like pride. The season continued to roll by and I became increasingly comfortable in my position as team slave and while I was still hopeless on the field, I like to think that my contribution to the team played a part in our winning the grand final.

Coach arranged an end of season party and celebration during which there was the expected round of back slapping, drinking, joking and of course, speeches. I had started zoning out after the millionth minute of speeches until I heard my name and suddenly perked up, only to realise everyone was staring at me. Crap, what had I missed. Brian and Coach were up on stage, Brian looking at me expectantly. I didn’t know what to do so I froze until Brian gestured me forward. I walked up on to the stage, trying to ignore the boys staring at me and stood between Brian and Coach.

“As we were saying, this young man has been very diligent in helping the team to unwind –“ there was a round of sniggers in the club room, “ – but he has spent most of the season locked up like a good little boy.” I couldn’t help but blush. Coach leaned down and said softly in my ear,

“why don’t you get out of those clothes boy, and show everyone what he means.” As if everyone didn’t know already but I obeyed. And so for the second time this season I found myself standing naked in front of the entire team, between Brian and Coach, Coach’s hand firmly comforting on my shoulder. 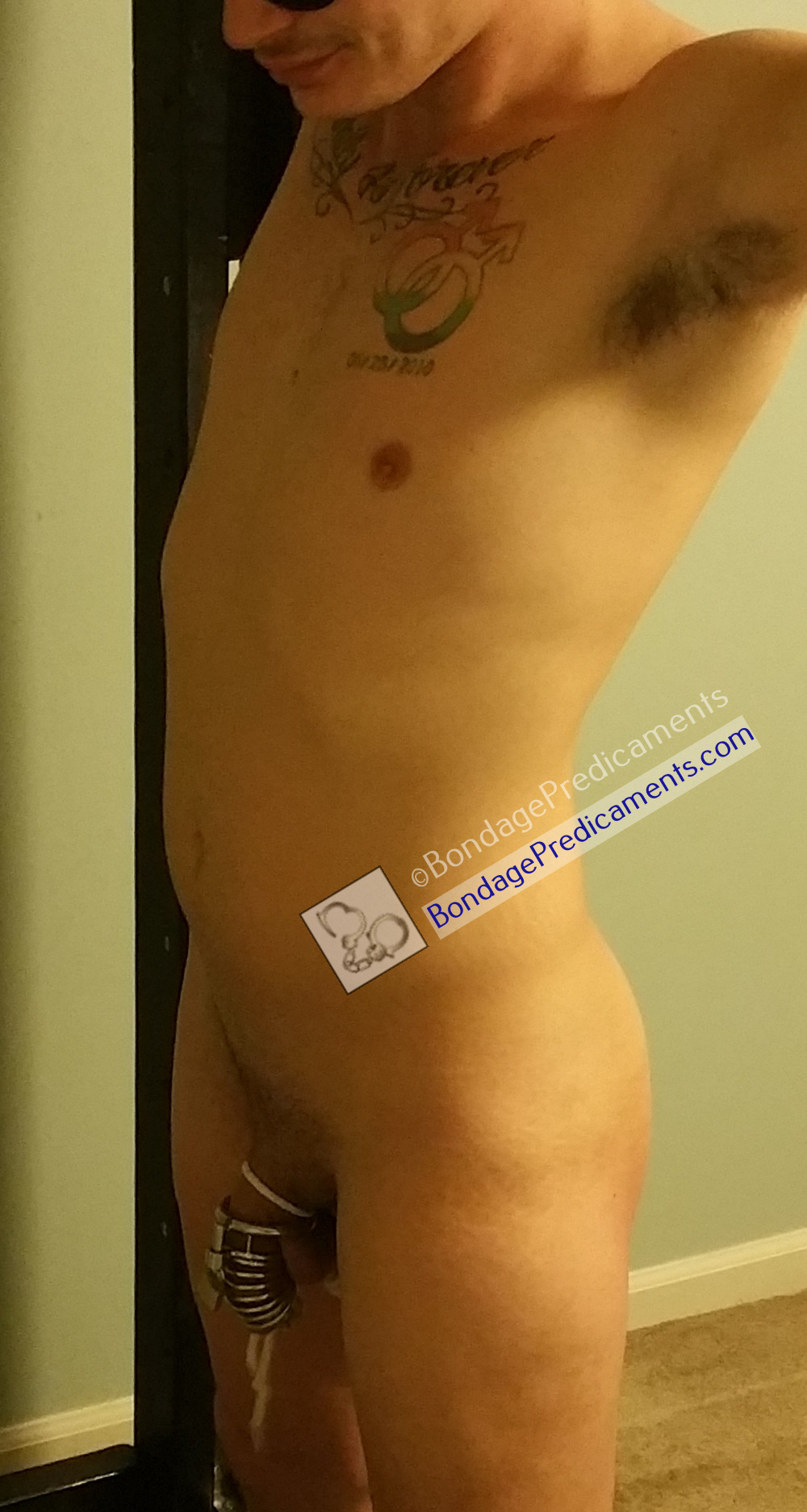 Last time this had happened, Brian had been tasked with locking me up and it was a sudden realisation that this was probably where they would unlock me permanently. For some reason the thought terrified me. I was so frustrated by the cage I almost hated it at times but the thought of losing that connection was enough to make my bottom lip quiver just a little. Of course Coach noticed and squeezed my shoulder,

“Don’t worry little one, I bet you’re worried about what happens now that the season’s over”. I nodded. Coach handed me a small set of keys I knew were for the padlock on my cage and my heart sank.

“Well I’ve chatted this over with Brian here and we agree there is a lot of time between now and next season where we don’t want you to slip in your training. I suddenly grinned, and looked up at Brian hopefully. He chuckled and ruffled my hair,

“It’s your choice little one. You can leave now unlocked, a free man as it were, or you can choose to stay locked up like that and I’ll promise to help you be the best boy you can be.” I stared at Brian, searching his firm gaze, then looked down at the keys in my hand. How many times over the season had I wished for those keys to be in my hands. How many nights had I lain awake, horny and frustrated and finally here they were. I looked at the keys for a long time then back up at Brian; his eyes had never left me. I slowly reached out and placed the keys back in his hand. The smile that lit up his face made it worth it all on its own and I beamed with pride as he scratched the back of my head and loud enough for the entire team to hear, told me,

And finally, an afterword below from MY good little boy, who I think did an awesome job writing this story! ;)

Awrooooo. Thank you all for reading this story, I hope it was okay. And a biiiiiig thank you to Sir for allowing me to write for him and contribute to this incredible blog. The effort that Sir puts in to every tutorial and every post is phenomenal and I am so proud to have been able to help. Thanks Sir. 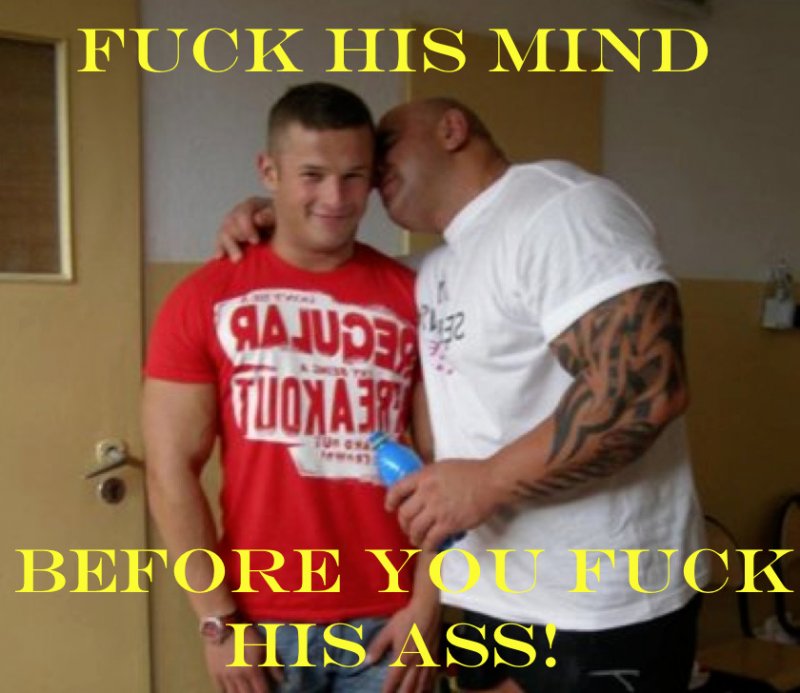 To please the coach is all that matters. To be in chastity ans edged would be ecstacy. 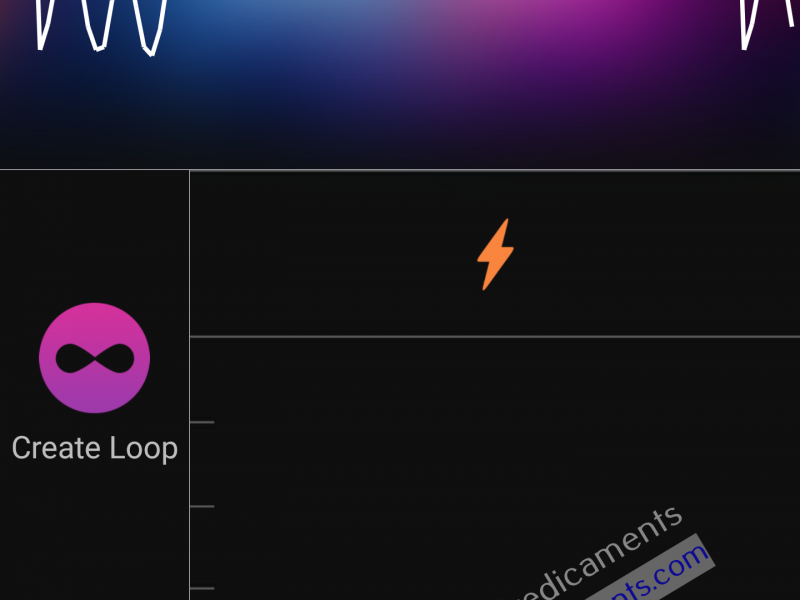