Anyone who grew up in a country town will tell you that the entirety of your self-worth, the value of the community value and indeed the fate of universe hangs upon three little words: local sports team. For me, growing up in country Victoria, this meant the Tigers, the greatest Australian Rules Football team in living memory…. Okay, so they hadn’t won a premiership in over a decade, and an unfortunate losing streak had plagued them last season, but I would take their pride to my grave. Like every boy in town, I had dreamed of playing for the Tigers; of taking that epic mark; of kicking that epic goal. There was just one tiny problem: I sucked. I mean, I really, really sucked. Understand that it was never for a lack of trying: I attended every school training, went to every match and spent endless hours on the weekends kicking the footy through those two glorious white posts. But then we’d get to a match and the ball would come sailing my way and inexplicably I’d be overcome with a crippling case of what my team-mates affectionately referred to as “for fucks sake loser”. Needless to say, it didn’t take long before I was relegated to the bench, doomed to watch every match from the sidelines which, on the plus side, did allow for a lot of time to watch those well-muscled legs and tight butts run around the field.

When I finished school and moved down to the big smoke to attend university I had two goals firmly fixed in my mind. If you were my parents: to do well in my studies and to get a good job; if you were anyone else: to join a footy team and to find a boyfriend. During Orientation Week, I found what seemed to a country boy like me, to be a golden unicorn riding a flying pig under a blue moon: a queer football team! Naturally, I signed up immediately and couldn’t wait to start practice the following week. I’d meet a hot boy, I’d get to play footy and best of all, I figured with the steryotype of gay guys and sports, I’d finally get to play a match not just watch it from the sidelines. I was wrong. Turns out the stereotype is bullshit and it’s just uncoordinated dorks like me that suck.

I found this out at our first training. We’d met out on the pitch just as the sun was setting, and we’d drilled fitness test after fitness test until I hurt in places I didn’t knew existed. Now don’t get me wrong here, I’m not an unfit guy – you don’t grow up on a farm and put on at least a little muscle – but my newfound teammates came almost exclusively from local private schools and who, after years of private training, were almost athletes in their own right. The few exceptions were a couple of other country lads like me and we ended up together in the bottom on almost every test. Naturally, I was relieved when Coach finally called an end to the training and a muddy, sweaty bunch of nineteen to twenty something year olds hit the showers.

The showers turned out to be a fairly open affair with a round of jovial reunions, back slapping and teasing you’d expect in a footy team at the start of the season. I kept my eyes firmly on the floor in front of me, not because I didn’t want to be social but because I didn’t trust myself not to get, ahem, excited if I looked around at that much flesh. Just as I stripped off my briefs and grabbed my towel to hit the showers, Coach walked in, clip board in hand.

“Alright boys, listen up”. Coach was a commanding figure. At a little over 6ft, solid, broad chested and naturally confident, he clearly spent a fair bit of time at the gym and I could just imagine that underneath that fitted black sweatshirt his chest and tummy were covered in a masculine covering of hai…. Fuck! So much for not getting excited. I held my towel firmly in position in front of me and glanced around, praying that no one noticed.

“Season starts in four weeks, and from the look of these results we’ve got our work cut out for us boys. This year, we’re going to try something a little different. They say it’s always easier to motivate yourself with a buddy so I’ve paired you all up. When I call your names, find your partner and stand with them please boys.” Of course, he called my name first,

“Peter S. Brian. K., you’re up.” I looked around and found a veritable god staring at me from across the change rooms. Brian K. looked like someone out of a magazine. Tall, tanned, fit, six pack, dark hair, and he stood there like he owned the place, staring at me expectantly. I jolted from my reprieve, remembering to close my mouth and quit staring like a creep and walked over to him. I extended a hand,

“Hello, I’m Peter”. Brian looked down with a smirk and I suddenly realised in going to shake his hand, I’d dropped my towel and exposed my now semi-hard cock standing at half mast at 5.5” to the entire locker room.

“Brian,” he replied. “Looks like you enjoyed training tonight eh?” The look on his face left no doubt what he was referring to and I heard a series of snickers from behind me. Coach came to my rescue,

“Steve L. Mitch R.” Coach proceeded to rattle off the pairs and after a few minutes of shuffling around the locker room, it was clear what he’d done. The weaker boys hand been paired with the stronger so that, presumably, combined as pairs we’d be pretty evenly matched.

“Now boys, the boy next to you is going to be your brother for the season. You’re going to get to know each other very, very well. You’re going to train together, and as far as this team is concerned, live and die together. Now, every week boys, we’re going to do a fitness test at training. It could be sprints, push ups, sit ups, squats, but every week we’ll do one test and each pair’s combined scores will be ranked. The lowest scoring pair from each week will be getting a bit of extra motivation to improve, but mark my words boys, I expect each and every one of you to improve.

“Peter, Brian, come up here boys.” If I could have dug a hole and had the ground swallow me up right there I would have. In front of twenty five pairs of eyes, we came to stand on either side of Coach, Brian looking self assured and ready to pound anyone who dared to snigger into oblivion, and me looking like a nervous kid, shy, embarrassed and did I say, horribly, unimaginably embarrassed? Coach placed a firm hand on the back of my neck. He was strong, and warm and I immediately focussed in on his touch, leaning back unconsciously into it.

“Peter, Brian, you are this week’s lowest scoring pair.” I glanced up and saw Brian glaring at me like it was my fault. Well truthfully it was my fault but it’s not like I’d sucked on purpose.

“So boys, how many times a week would you normally jerk off?” I choked, the question caught me so off guard I couldn’t even think straight (no pun intended). Brian was nonchalant as if it didn’t bother him at all as he said,

“’bout 5 or 6 Coach”. I on the other hand, stood staring out at the rest of the team, bright red, almost shaking, standing naked and with my cock betraying me and growing to full mast behind my much-too-small towel. Coach squeezed the back of my neck reassuringly and I managed to squeak out,

“umm, I don’t know, like maybe 10.” I wasn’t sure whether the sniggers were because of my answer or because of my predicament but if it weren’t for Coaches hand, I would have been running out at a million miles.

“Well lads, that’s wasted energy if you ask me and as the lowest scoring pair, this week you’re going to be putting that energy to better use and I’m sure next week you’ll be putting in extra effort to make sure you’re off the bottom eh. So as of now lads, you are not to touch those tools of yours and instead focus on your training. Understood boys?” I nodded, Brian replied,

“Oh, and to ensure there’s no cheating boys, each of you will be wearing these. Coach reached into his short pockets and pulled out two small metal cages and two metal rings. Coach handed them to us and I looked down at the cage, turning it over in my hand not comprehending what it was for until….. oh no way!

“Come on boys, get them on please.” Neither of us moved.

“Okay then, try this, you can put them on each other instead.” Brian’s head whipped up and he glared daggers at me. I was tempted to leave, to run out but I was naked and the thought of running out seemed even more embarrassing. Coach increased the pressure on the back of my neck and guided me down on my knees.

“It’s okay there boy, you’re doing great, just slip that ring on him first.” I didn’t look up at Brian, afraid of what I’d see. My hands were shaking as I reached out and slipped down Brian’s jock strap (of course he’d wear a jock strap). He didn’t flinch away and I tried as quickly and carefully as I could to fit the cage. With a minimal amount of fumbling and cringing I fitted the cage and Coach handed me a padlock and it clicked locked. 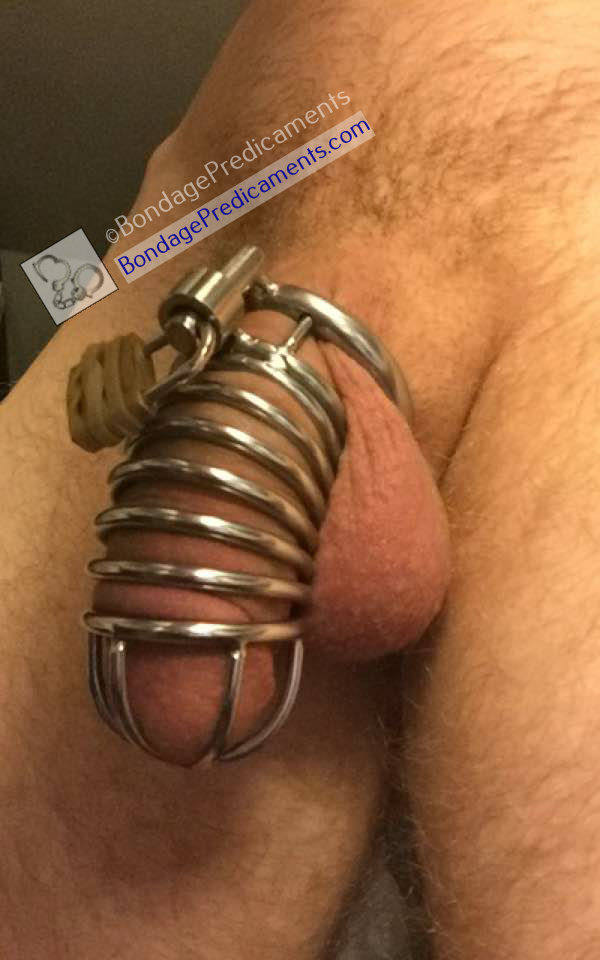 “Great work boy. Now your turn.” I stood up and this time, when Brian’s gaze met mine, I was surprised I didn’t spontaneously combust on the spot. Brian got down on one leg in front of me and unceremoniously ripped my towel away. I was horrified. My dick was throbbingly hard, jumping up and down, straining for attention I desperately didn’t want. His face inches from my dick, Brian, with scorn dripping in his voice asked Coach,

“well what the hell am I supposed to do with that?” 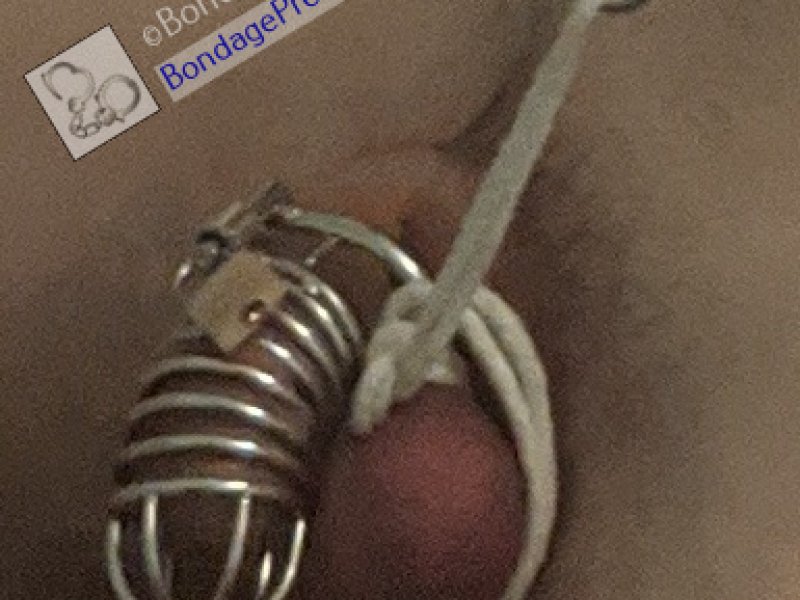 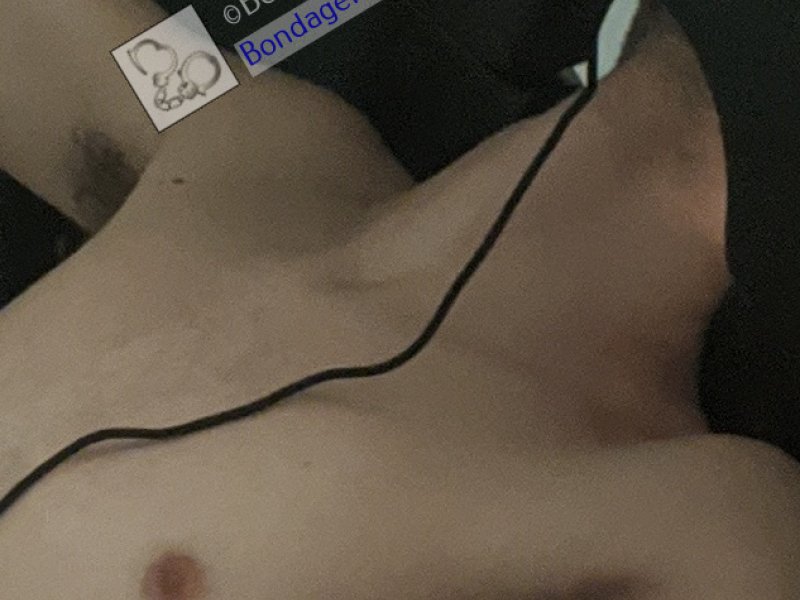 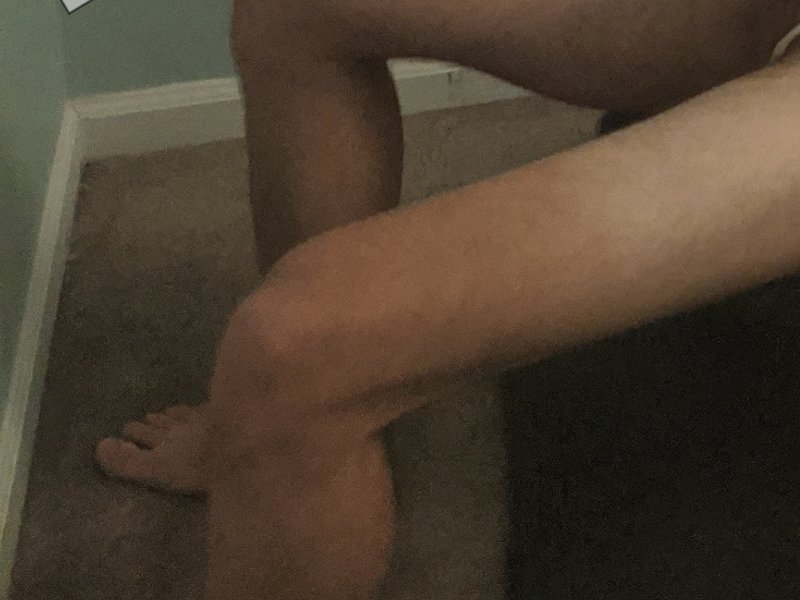 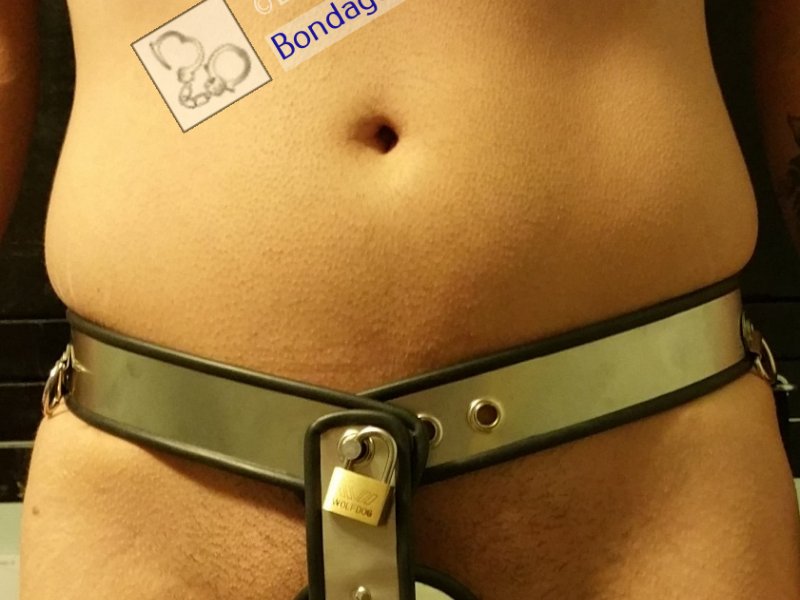