Punished with a stress position in the stocks, Part 2

Share Punished with a stress position in the stocks, Part 2 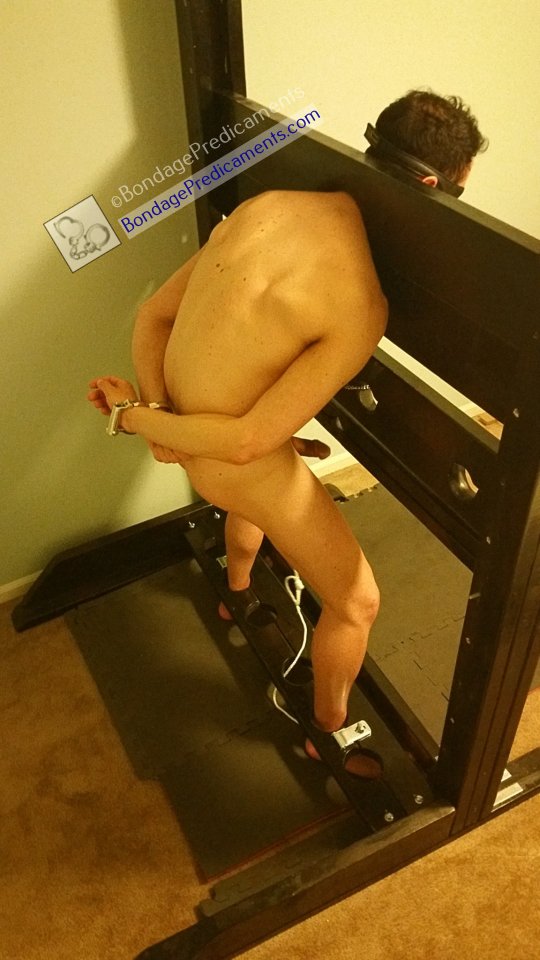 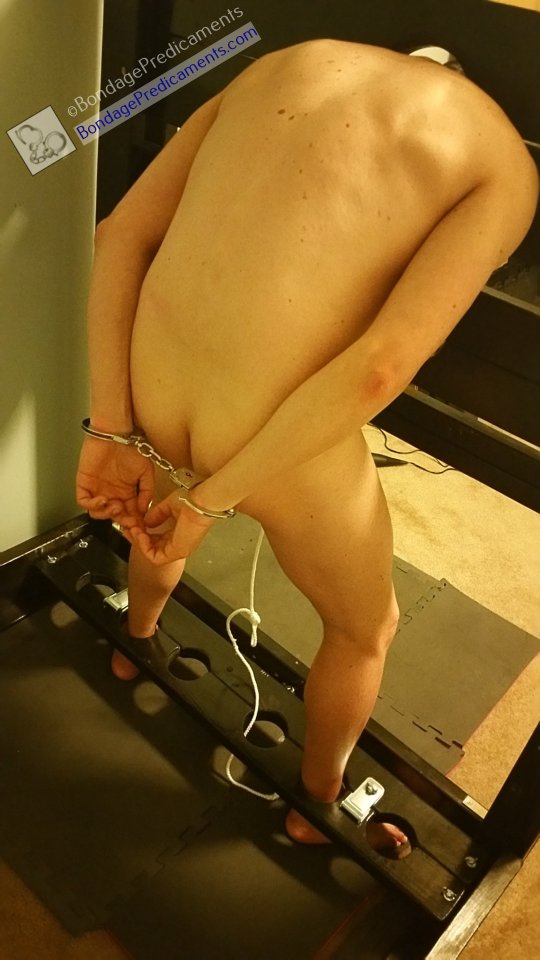 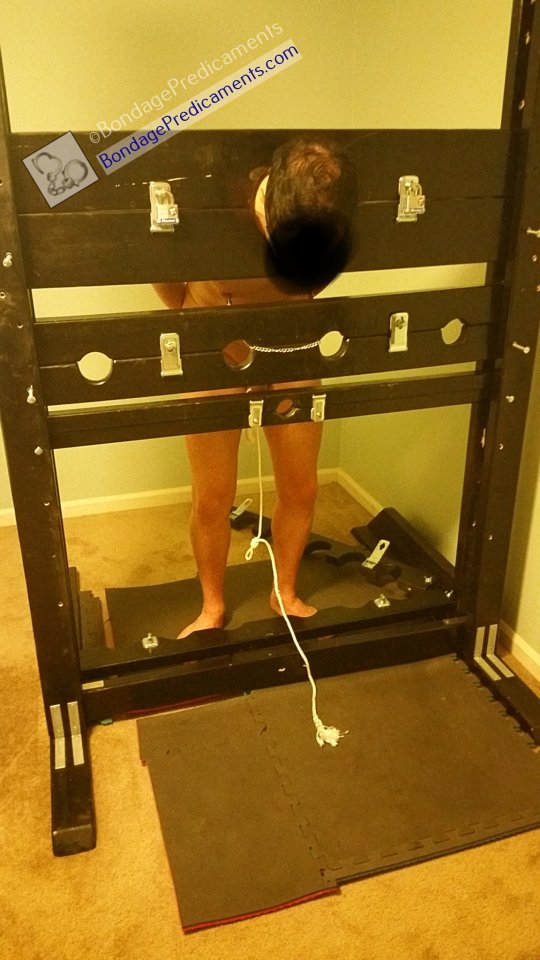 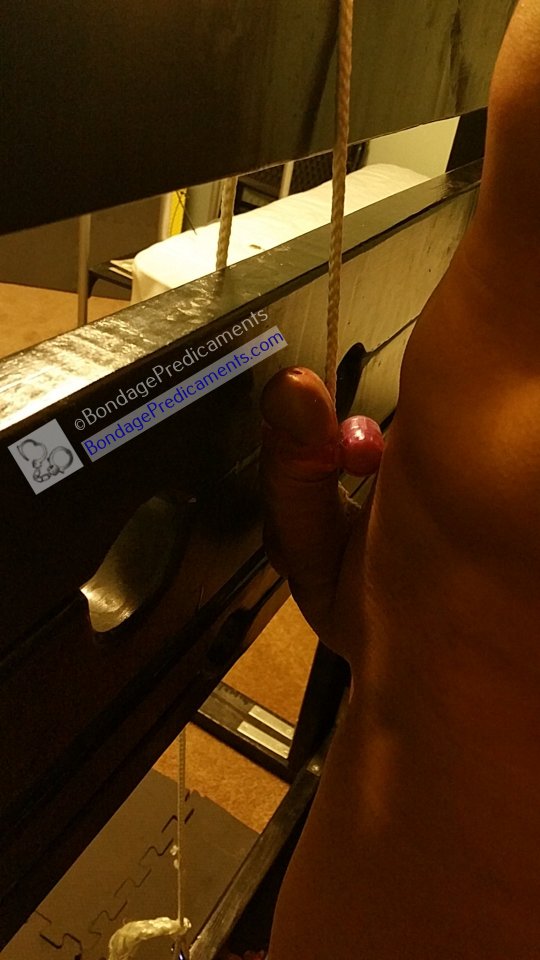 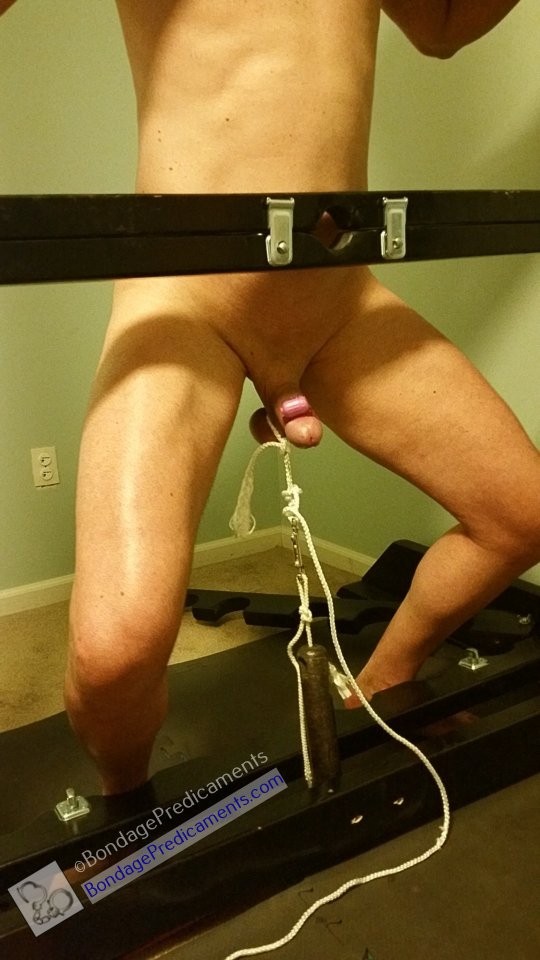 As promised, part two of a post from last week.  This boy’s legs were getting pretty tired, to the point of muscle exhaustion (I did tell him that when he visited my playroom, he wouldn’t need to workout that day, but apparently he thought I was exaggerating…until he got to the point in the pics above).

So I released the rope from the eyebolt near the floor which was forcing him to maintain that torturous squat position.  (Hey, I can be a nice guy even as a Dom in the playroom.)  But, everything comes at a price.  The price for this was also releasing his hands from the stocks, which could be viewed as a relief, except I relocated them behind his back…in some Irish 8 handcuffs that are very ungiving.  So ungiving and restrictive that I soon swapped those for some regular chain link handcuffs.  And now he had no support from his hands, yet I kept his head locked in the stocks.  Kinda makes it harder to bend forward like that when any support from your hands is taken away from you.

I even released his feet from the stocks down below.  So he couldn’t handle much more of the position forcing him to squat down low.  Let’s see how he handles his balls being pulled up, forcing him up on his toes for a while.  That’s just what I did in the second to last pic, along with a vibrating cock ring placed just under the head of his dick, to keep his attention.

Not long into that, he was having a hard time with his balls being stretched up.  Up or down boy, which do you prefer?  I can’t make you too comfortable now.  Ok, so let’s pull them down again…with a 5 lb weight.  That was extremely tough for him, and he instantly begged me to remove the weight.  Some might even say it was torture, except for the fact that his dick remained rock hard.  That makes it kinda hard to convince someone you’re being tortured, doesn’t it?  ;-)

Some of you have been sending me messages asking me things like, The thing you used on the guy’s dick, what’s it called?  Where can I get it?  Did you  build your stocks?  Any tips on how I can build my own, or where I can get them?

So I came up with a thought of adding helpful info like that to some posts here, and overall I’ve gotten good feedback on that.  So here goes…and if you want a direct link to where you can get these things, just click on the underlined links below.

In this photo set, I used Irish-8 darby style handcuffs at first, then regular chain link handcuffs after that.  (Just a note on the Irish-8 handcuffs…these are pretty small, and will only work with very small wrists.

The vibrating cock ring that I have just under the head of his dick has 5 patterns that it cycles through by pressing the button on the end of the bullet.  It’s pretty hot for keeping a boy on the edge without giving him enough to cum!  These are not just “speeds”/intensities as the description says, but patterns of vibrations (i.e. short-short-long, or constant short bursts of vibrations, etc).  Important note:  Most devices like this are designed for one-time use of anywhere from 10-40 minutes, without replaceable batteries.  Personally, I think it’s pretty dumb to spend $10 or so to toss it in the trash after one use.  The vibrating cock rings I have, including this one, all have replaceable batteries…so you won’t have that problem with these.  The batteries don’t last forever, but you can replace them.  ;-)

I also used Japanese Clover Clamps on this boy’s nipples, and the chain between them is a nice touch to be able to tug on, hang light weights from, or loop it around something to restrict movement like I did here.  (Warning:  Unfortunately the clover clamps link shows them used on women, sorry guys!) 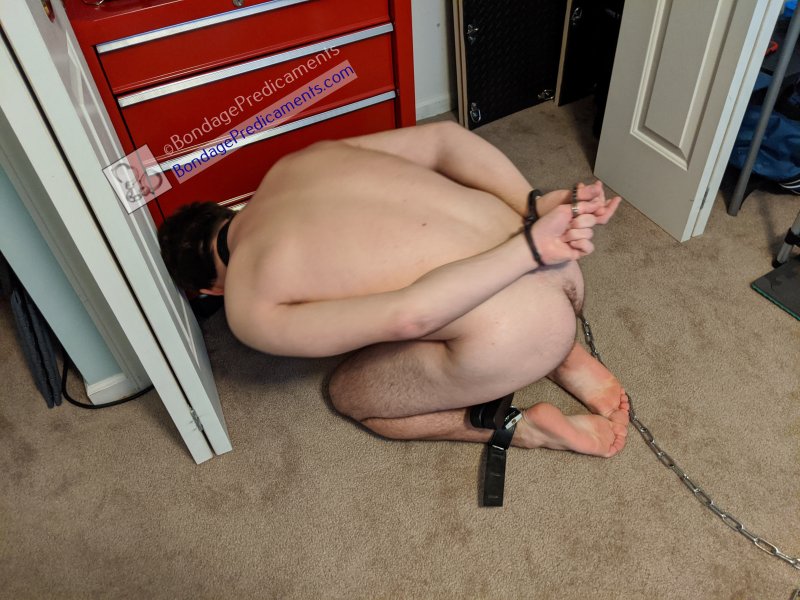 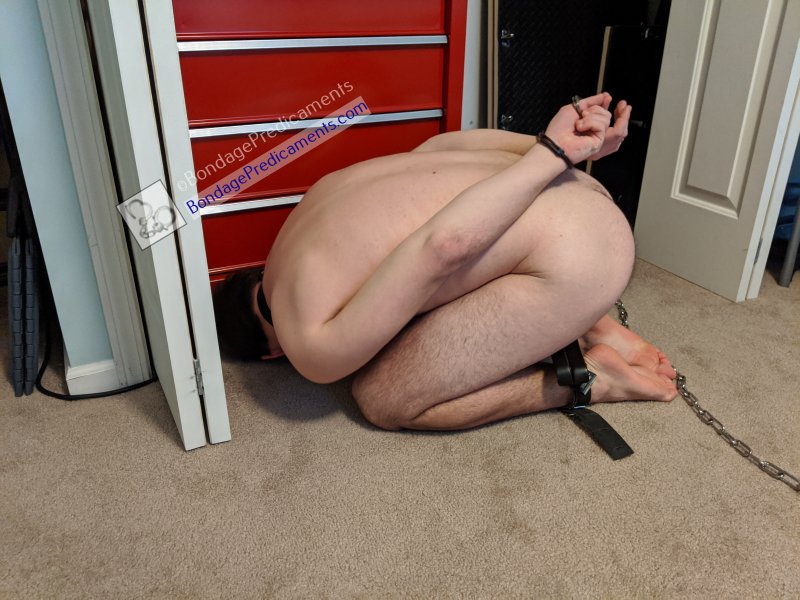 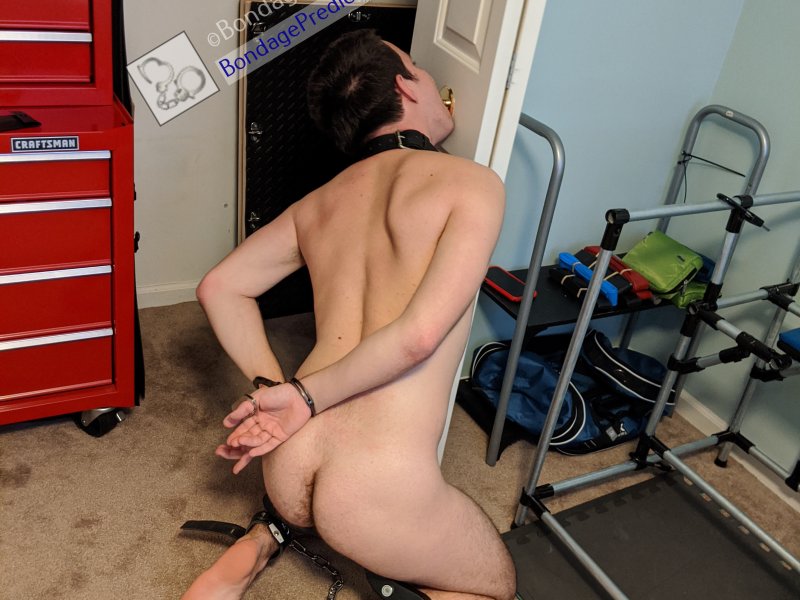 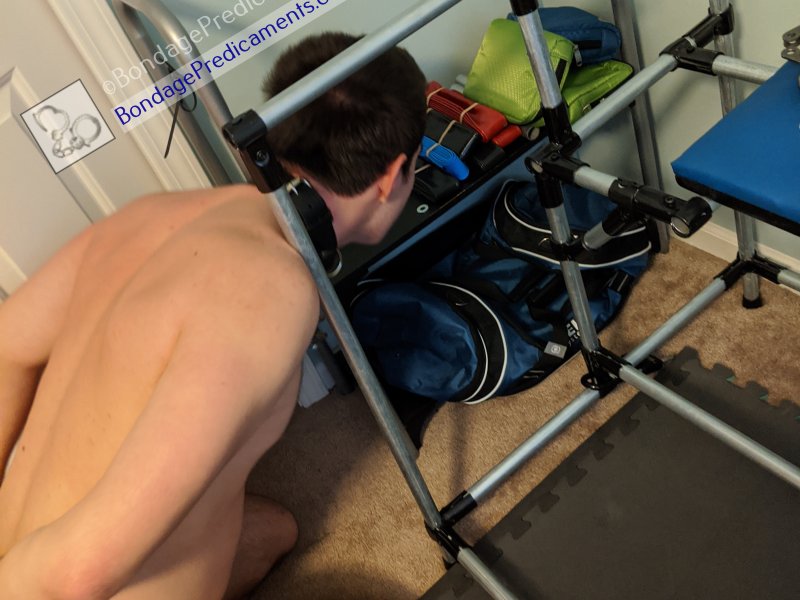 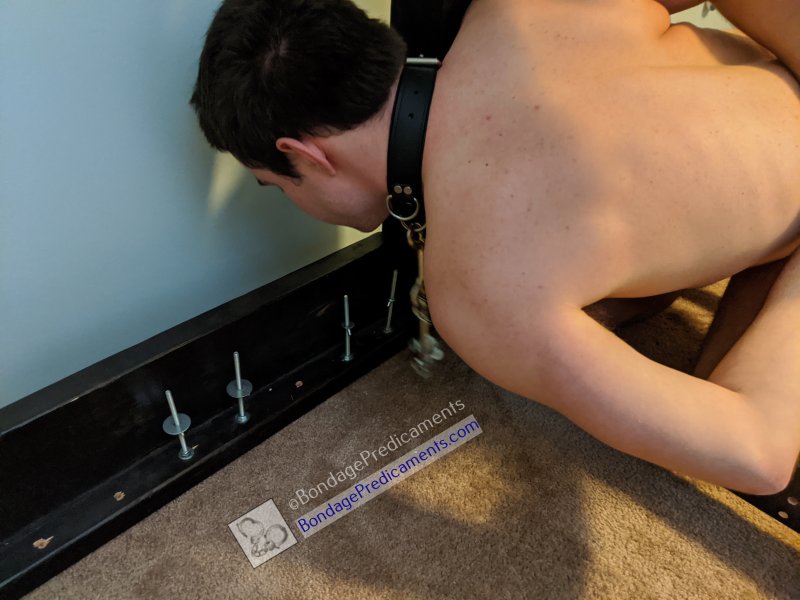