So what exactly is going on here? Here's what going on...along with the full pics

Share So what exactly is going on here? Here's what going on...along with the full pics 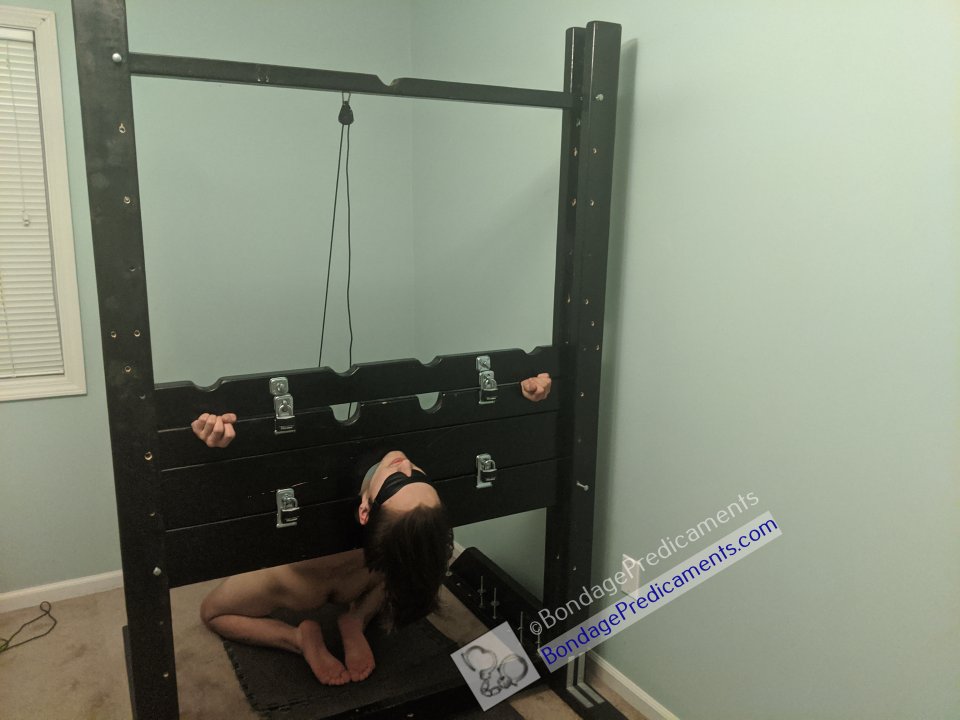 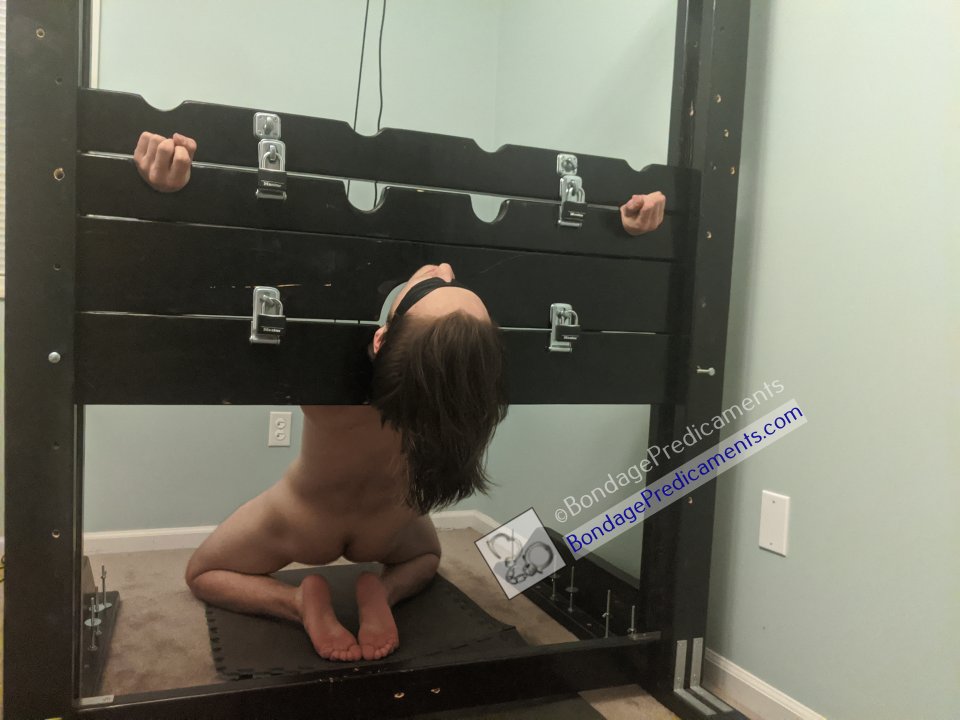 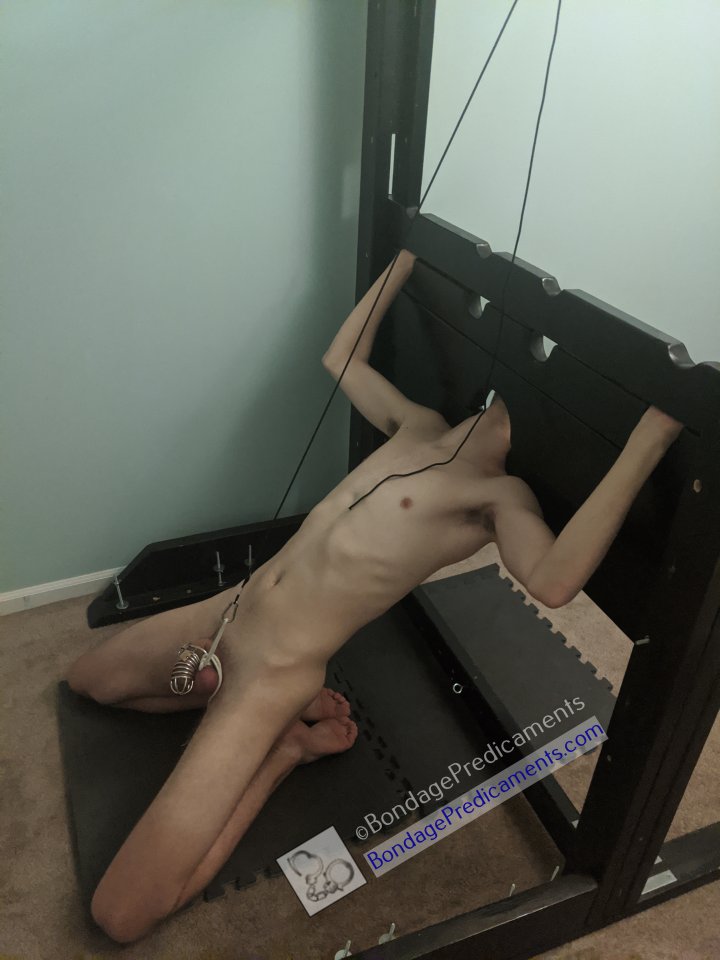 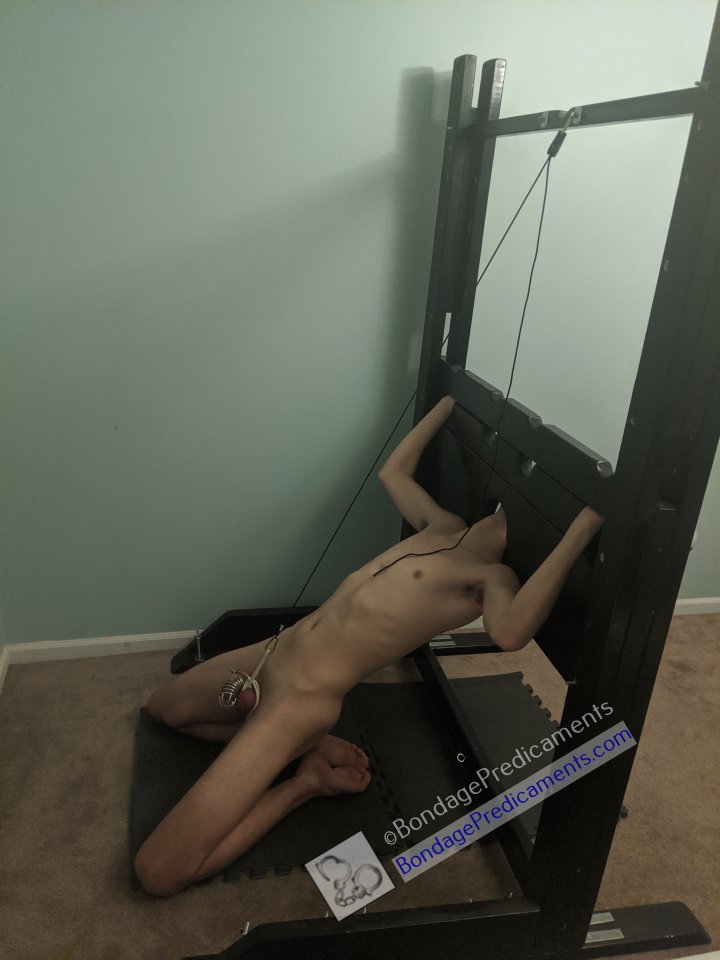 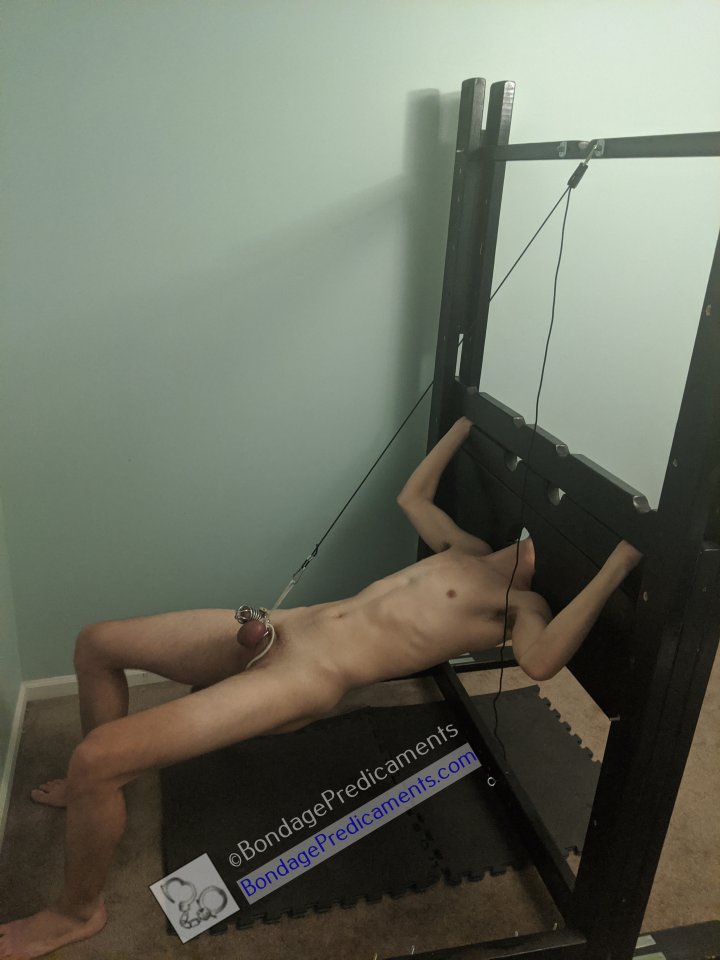 A few days ago I posted photo clip clues, and some of you took guesses at what was going on here...and I have to say they were some pretty good guesses overall! From your guesses, I also got a few more devious ideas to potentially use on my subs in the future. But what actually happened in this one? Here's what happened...

I locked my sub in the stocks, backwards...head and hands locked in while kneeing, leaning back, and eventually facing the ceiling. Does he look comfortable? Should I ask him? Maybe I did...and maybe he complained that he wasn't all that "comfortable". But I think we all know that I have ways of making a sub appreciate his predicament more...by making it tougher on him. Then he appreciates the way he WAS before I made it more intense. Maybe he'll keep that in mind for the future. *evil grin!* Although at that point, it's often too late for now. So he better appreciate it now, after I tied a rope around his balls, connected it to a ratcheting rope hanging down from above, and gave it a few cranks. No more slouching boy...don't get lazy now!

But as you can see in the third pic, hmm, he doesn't seem to be working all that hard (yet), does he? Time for a few more cranks. I guess he should've been more thankful for how easy he had it to begin with, right?

Oh, still not comfortable boy? Ok then. *cranks rope about 20-30 more notches, as he tries to adjust the arch in his body to compensate*

At this point, there's no possible way he can arch up to prevent his balls from stretching WAY too much. Better get up on your feet boy! Ya know, you really make a nice table that way. Maybe I should put my drink on your chest? Orrrr, as some members suggested...maybe something that makes for a more "electrifying" experience? Hmm...now where did I put that tray of marbles, the pan for underneath your now bridged body, and my sound and motion activated electro boxes? Better hope I don't find them, boy!

So was this what you pictured from the photo clues a few days ago? Now that you see the full pics, anything else you think I should do, or add to this predicament? @fingrfethr--Anything come to mind that you would do, since it's basic open season for all his most vulnerable spots...and absolutly NOTHING he could do to stop you? Well, he could beg, but would you show him any mercy if he did? Let us know in the comments below.

Since you asked, I imagine my starting point for tickling would be using a soft brush on areas that would induce boy to pull his hips back - just above the pubic area, then the balls and the taint. After that, trial and error. While I'm writing, though, I can't see where the ratchet and crank are. (The hanging loose end of the rope was confusing.) Do you have a pic which shows them?
Log in or register to post comments

That sounds like a good plan for some tickle torture to drive this sub crazy. And he's very ticklish too! as for the ratcheting mechanism, if you look at pics 1, 4, or 5, you'll see a pulley type of mechanism toward the top of the bondage wall, where it's clipped to something on that top beam. This isn't like a typical winch with a crank. The way this works is you just pull down on the rope hanging on one side of the pulley, which effectively cranks the rope on the opposite side up higher, notch by notch. Does that make more sense now? I love these ratcheting rope devices, so much easier than traditional ratcheting tie down straps, and even easier than a winch system. Plus they're pretty inexpensive for what they do. If you look under the Advanced Search menu on this site (ideally on a PC or larger tablet in landscape mode), go to Tutorial Search, type "tutorial" in the search box to get a list of all tutorials, then you will see filters in the left sidebar (providing you're not on a smaller mobile device where there is no sidebar). You can then click on "Rope lock tie down" under the parts section to filter on tutorials that use this device. You'll find a parts list in any of those tutorials, and you can click on that part to be taken directly to the item if you're interested in getting some for yourself. They're great for tickle torture too! For example, take a simple spread eagle position on a bed with hands and feet cuffed, using these rope lock tie downs to attach the cuffs to the corners of the bed. Then you can start your tickle torture assault, with a rule that every time your sub makes a sound, you crank his hands and/or feet a bit more toward the corners of the bed, which then just makes it even tougher for him to endure without making a sound. It's a vicious circle! ;-)
Log in or register to post comments

Exactly what I need to make spread-eagling easier. Thanks for the recommendation and the description of how it can work for me.
Log in or register to post comments

No problem, glad I could help! Let us know if you come up with any new interesting ways to use them if you get a few yourself. Personally I also use them often to connect to a sub's tied balls, ratcheting his balls up, or ratcheting them down forcing a squat type of position, or similar ways...since these devices allow great precision control and can be fine tuned easily (small increments of stretch in each click). You can easily threaten "one more click" dozens of times, and actually do it, while still keeping things safe. ;-)
Log in or register to post comments

Sounds like a good plan. And if some method could be rigged that auto-magically cranked the ratcheting rope tighter as he arched up more...meaning once he goes up, he can't come back down, all the better...right? *evil grin!* Maybe by suspending a weight from the rope that gets pulled down to crank the rope tighter...kinda like an old window counter weight (which I've never used, but someone once told me how that used to work)?
Log in or register to post comments 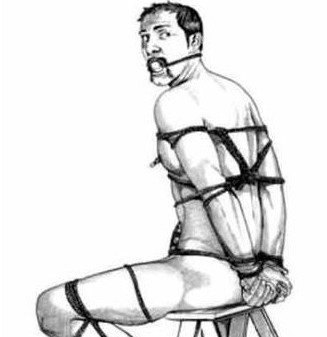 I would add nipple clamps, bind his ankles together, and see if he could provide some oral service in that position.
Log in or register to post comments 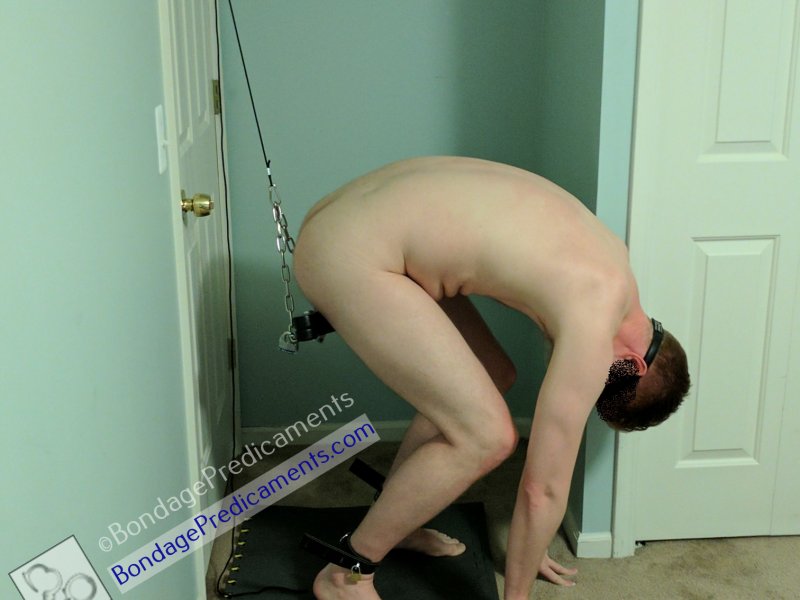 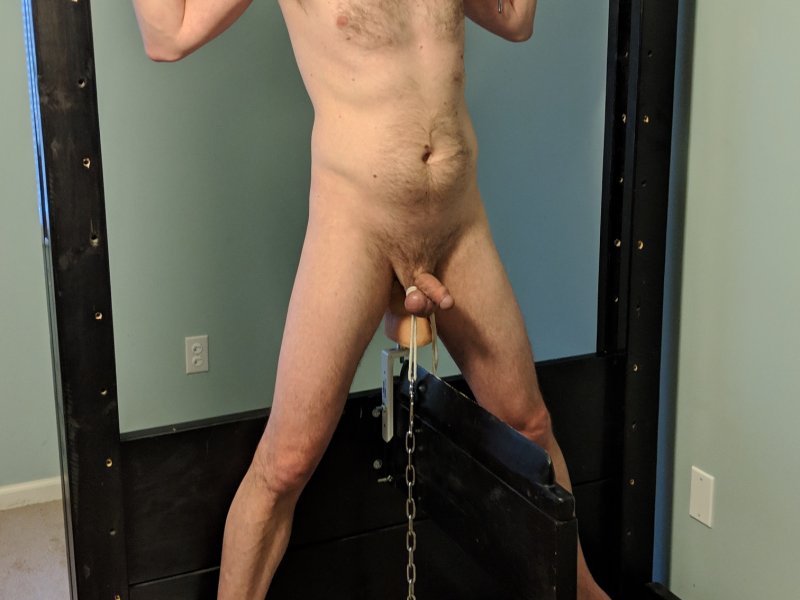 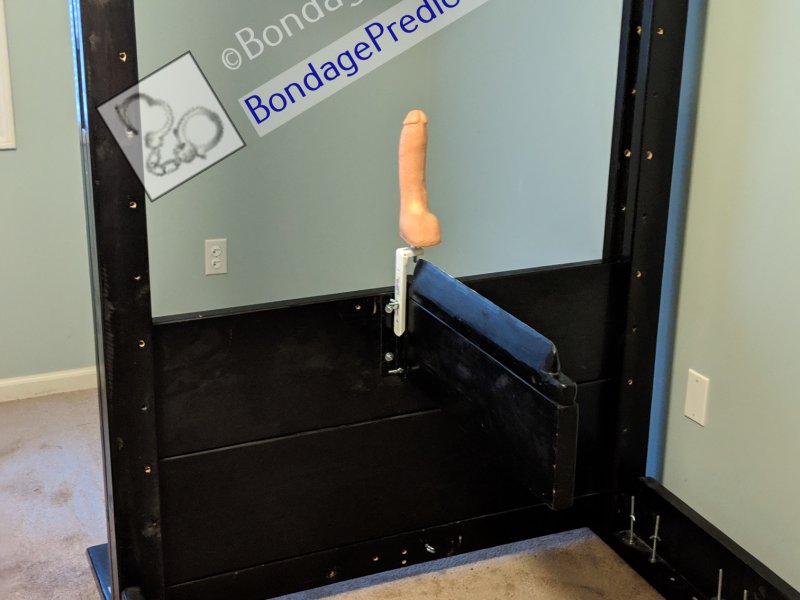 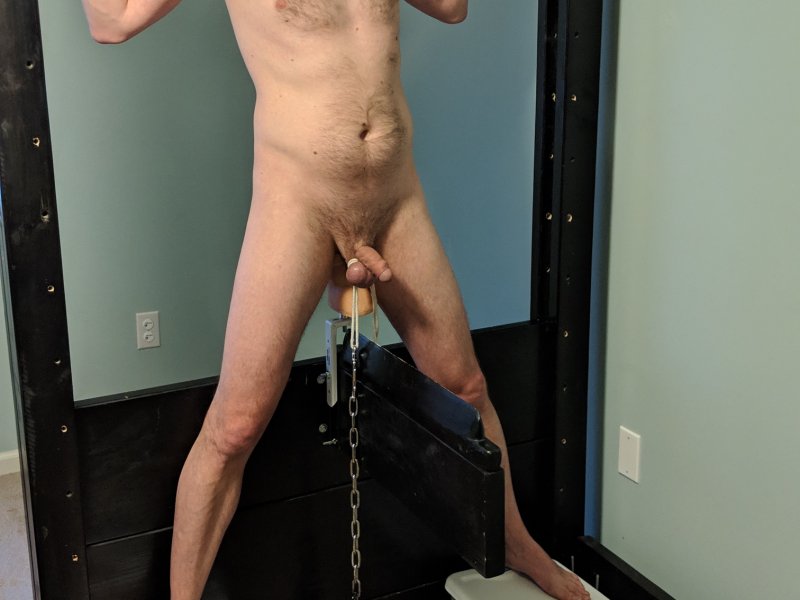 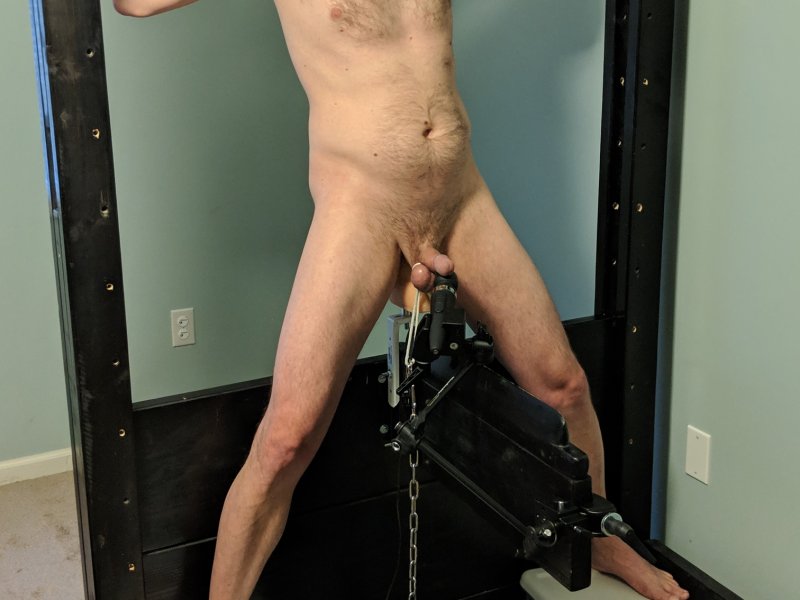 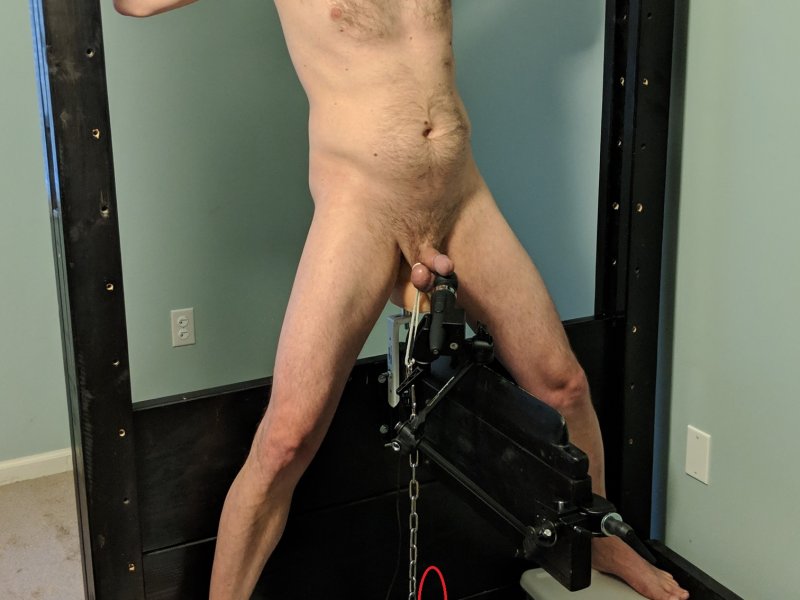 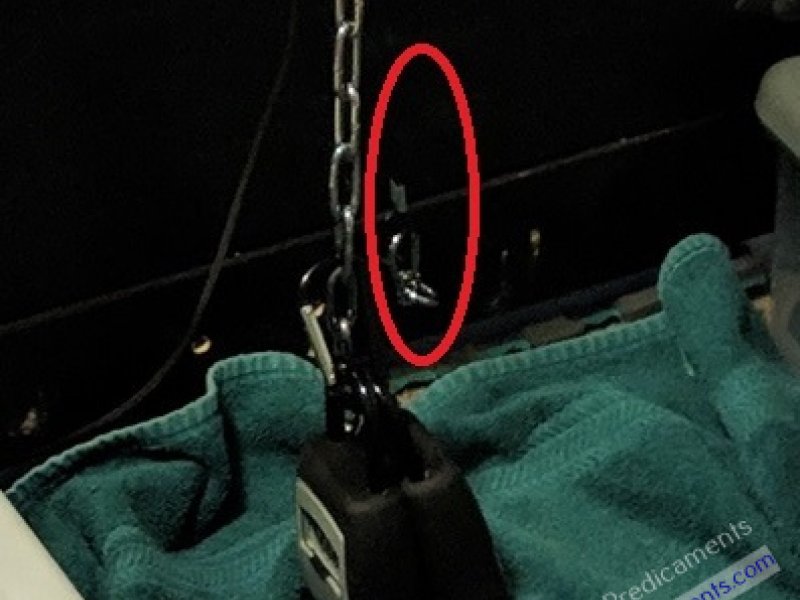 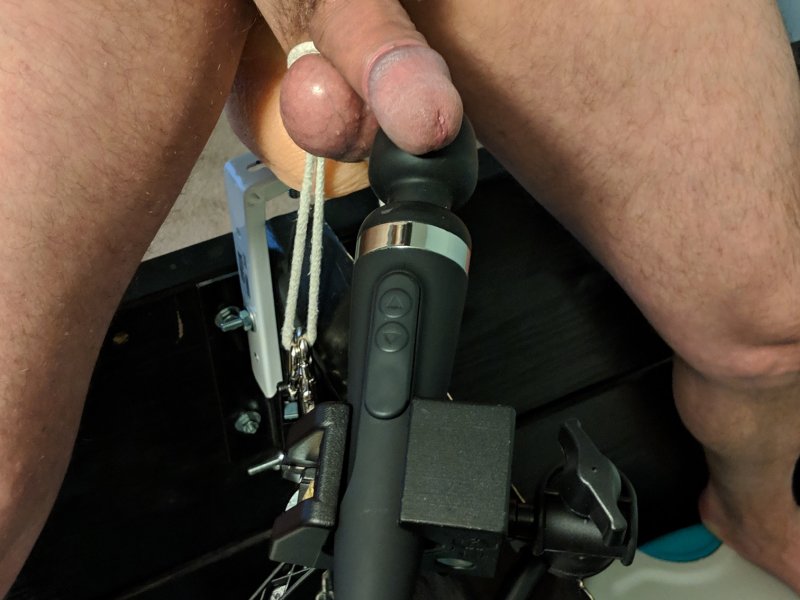