What kind of predicament is this?: Here's the full story!

Share What kind of predicament is this?: Here's the full story! 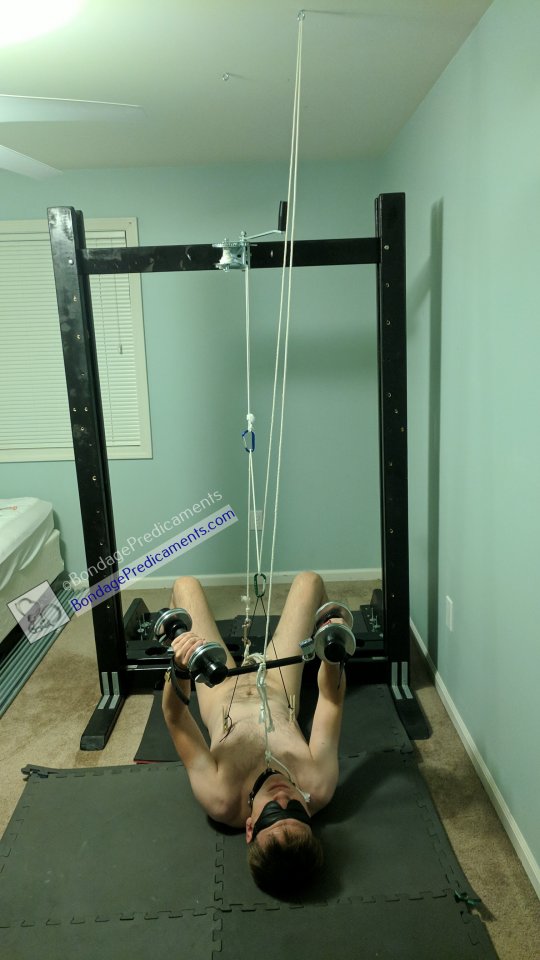 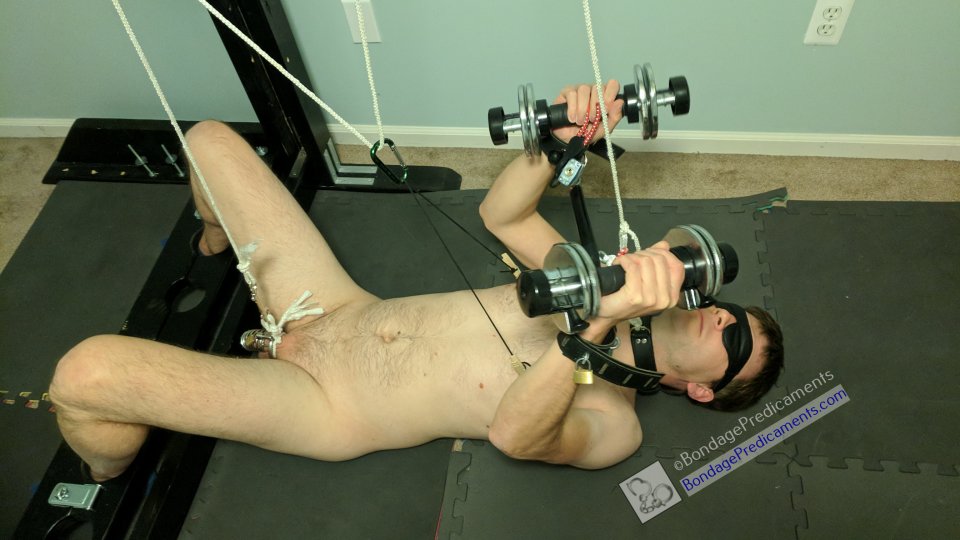 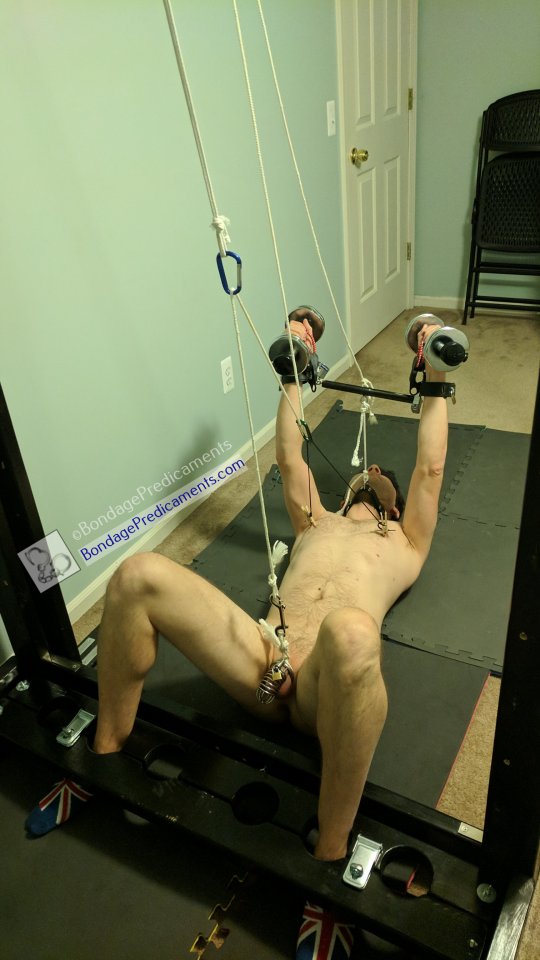 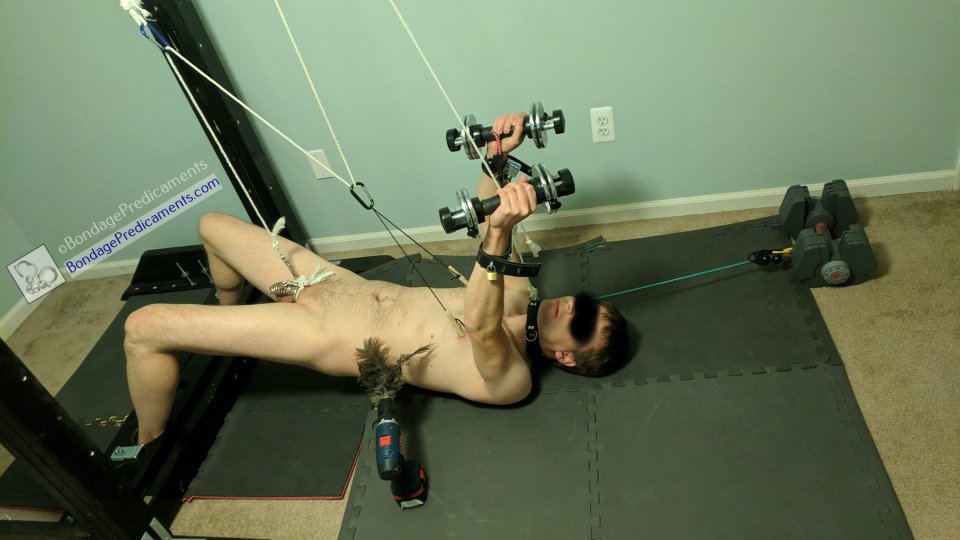 So here's the full story of what happened in this predicament, and congrats to @cbr998 for figuring out most of this from the photo clip clues!

Yes, this was my sub from Germany (who is currently planning another trip this way...as I've been ramping things up from visit to visit, who knows what I'll have in store for him this time!). <evil grin!>

After putting some locking leather wrist cuffs on him and having him lay down, locked in chastity and blindfolded (of course), I locked his feet in the stocks. Then I setup a few rope and pulley systems while he curiously and attentively listened for any sounds that would give him a hint of what was about to happen to him. After getting things mostly in place, I quickly clipped one end of a long rope to his tied dick and balls. That rope ran straight up, through a pulley (ok, a carabiner, but it served the purpose of a pulley), back down through another pulley which was also clipped to the nipple clamps that I secured on his nipples, then back up and through an eyebolt in the ceiling, and back down again...then clipped to the center eyebolt in a spreader bar that I had locked the wrists cuffs to.

Then I went in the next room to grab some dumbbells, which were actually pretty lightweight at only 7.5 lbs. each (or 3.4 kg. in my German sub's language, and most of the rest of the world, haha). I put one dumbbell in each of his hands and quickly clipped the bungee cords that I had wrapped around each dumbbell to the D-rings on the wrist cuffs. This would prevent him from trying to ease his predicament by simply letting the dumbbells drop to his sides.

But one thing you can't see in these pics...that blue carabiner is actually hanging from a winch at the top of the bondage wall. So I went over to the winch, and he started hearing the CLICK-CLICK-CLICK, as he felt the pull on his balls and his clamped nipples. Now he was forced to lift those dumbbells high, unless of course he wanted them to basically "hang" from his balls and clamped nipples (OUCH!). Keeping him in this predicament for a while, of course he started squrming around a bit, looking for a way to more easily endure it for longer. As he spotted any potential weaknesses in my plan, I quickly showed him that they weren't in fact weaknesses...because I built in ways to combat most of them. So when it looked too easy to hold the dumbbells up, or when he tried putting them forward a bit to rest them partially on his thighs, I just cranked the winch, CLICK-CLICK-CLICK, and he was forced to lift his arms up higher to avoid pulling his most sensitive areas.

When he tried lifting his shoulders up off the mats to once again bring the weights forward, I secured a bungee cord to his collar, and the other end to a heavy (45 lbs.) dumbbell. Now he could lift his shoulders off the mat, but the more he pulled up, the tougher it would get as the ungiving bungee cord pulls back the other way. He soon gave up on this method, realizing he was working harder to lift his shoulders up than it was worth. His options were being taken away, more and more, especially when I continued cranking the winch periodially.

Nowhere to go. No way out. Better be a good, respectful boy, and hope I have some mercy on you and don't keep cranking that winch, boy!

After a while, he somehow seemed to be getting used to his predicament, although still occasionally struggling and showing signs of weakness. But that kinda falls under the category of his problem, right? <evil grin!>

Hmm, what can I add add to this to make this even tougher for him? Ohhh, what's this? A drill with feathers in it? Hmm...I wonder what I could use this for? I'll bet @fingrfethr can think of a few things to do with it...

So where would you go from here?

A. Have mercy on the poor boy and untie him, he's been through enough.

B. Give the winch a few more cranks and leave him there a while longer.

D. Take full advantage of those exposed ribs and pits, tickling the fuck out of him with the feather drill. If he wants it to stop, he'll have to lower his hands to TRY to protect his ribs and pits.

E. Get out the vibrating wand, and tease his helpless, locked cock with it.

Let us know in the comments below.

You took the words right out of my keyboard: "D. Take full advantage of those exposed ribs and pits, tickling the fuck out of him with the feather drill. If he wants it to stop, he'll have to lower his hands to TRY to protect his ribs and pits."
Log in or register to post comments

Love the way he can't straighten his arms, that'll increase the pressure. I'd use the wand, or have it dangling just enough to frustrate him while the tickling is going on. If he doesn't erupt it continues...Superb situation you've put him in.
Log in or register to post comments 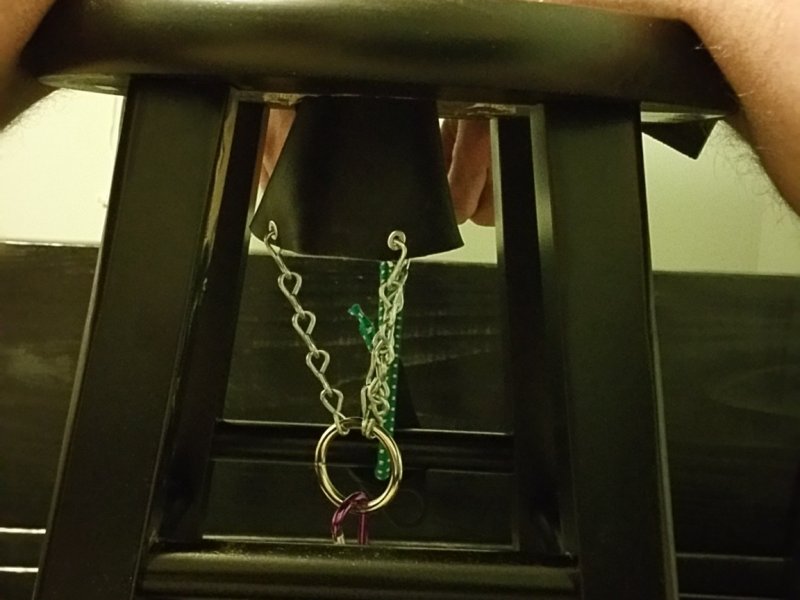 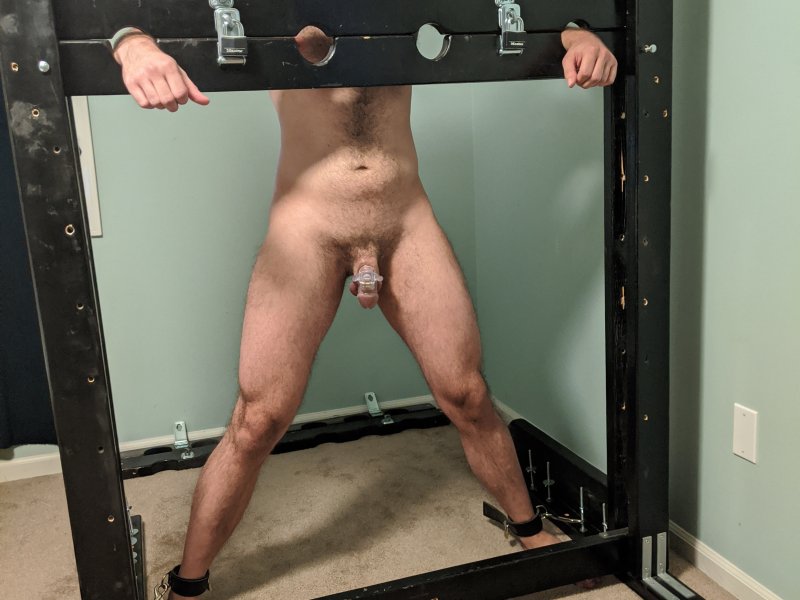 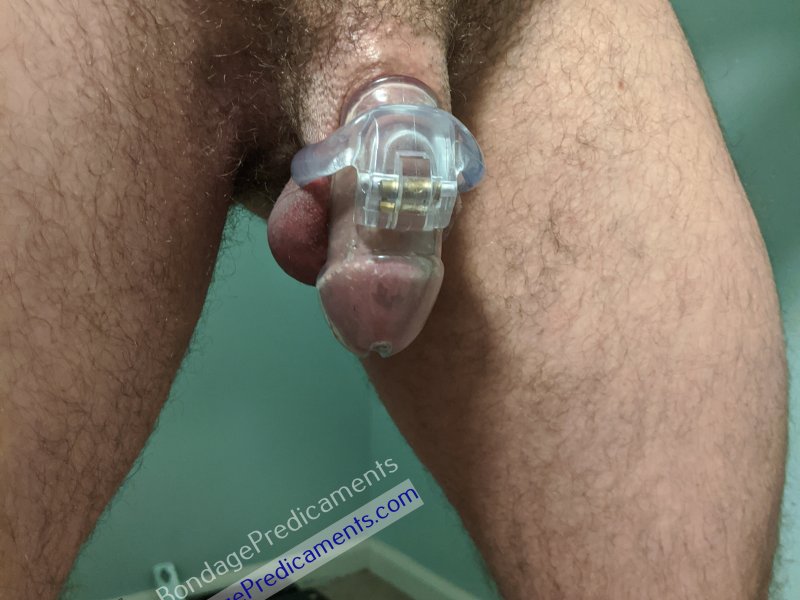 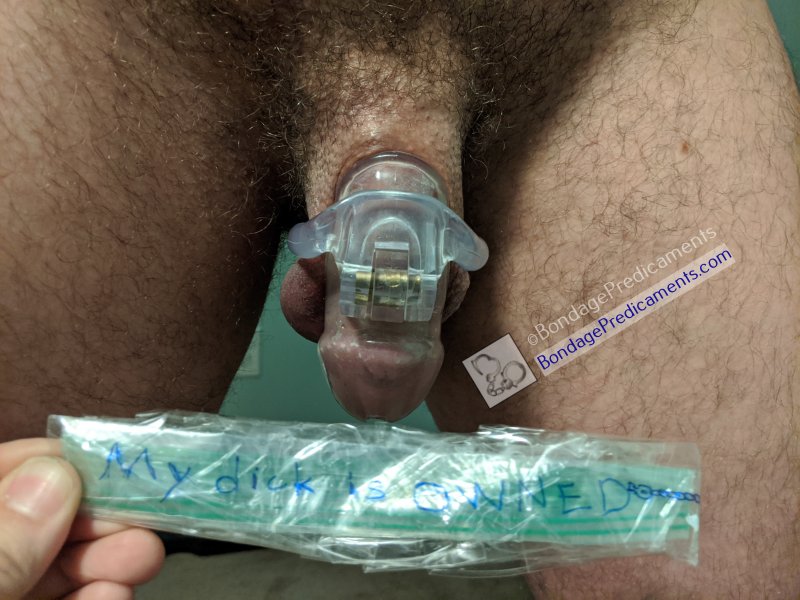 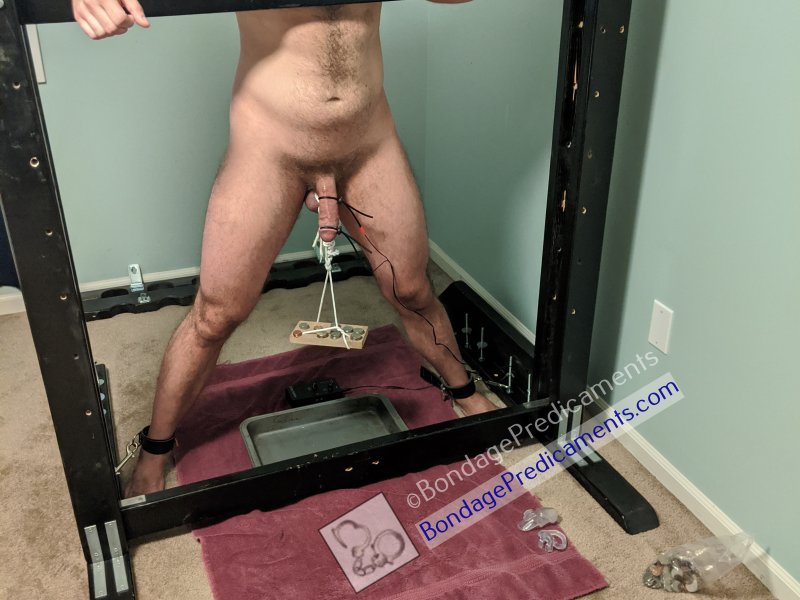 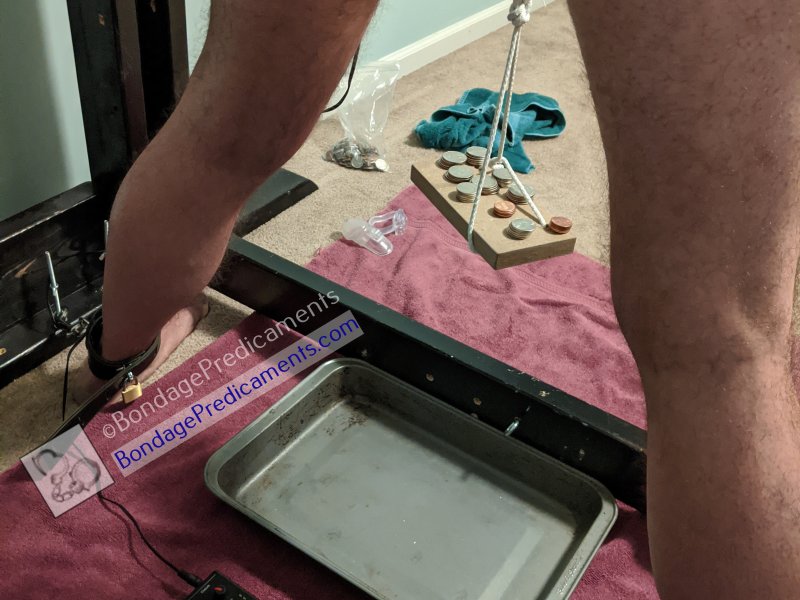 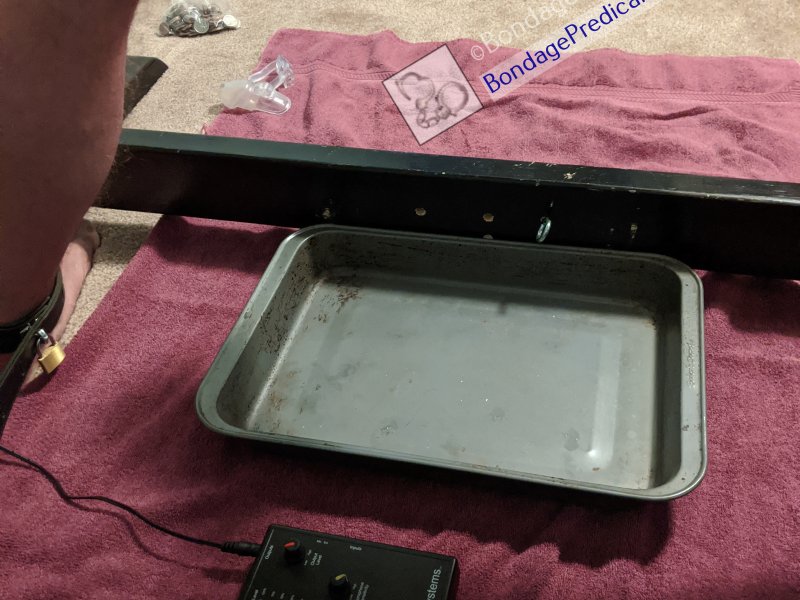 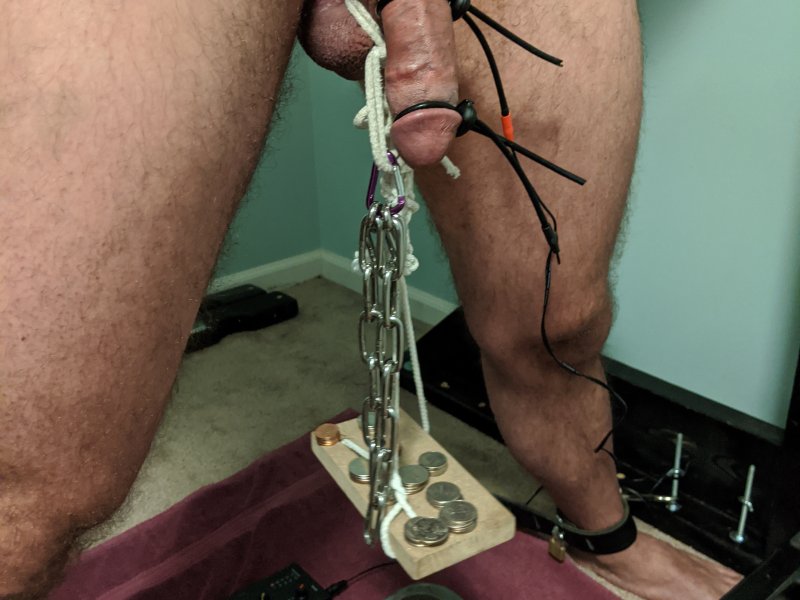 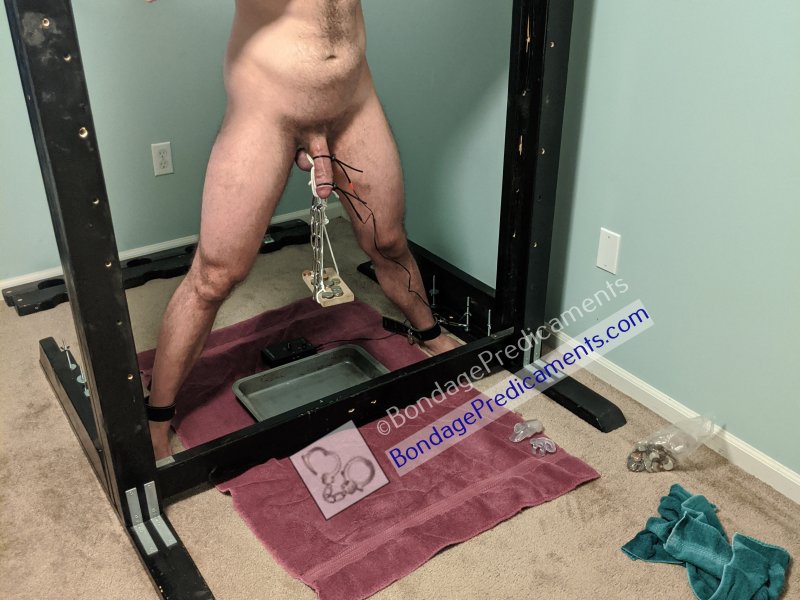 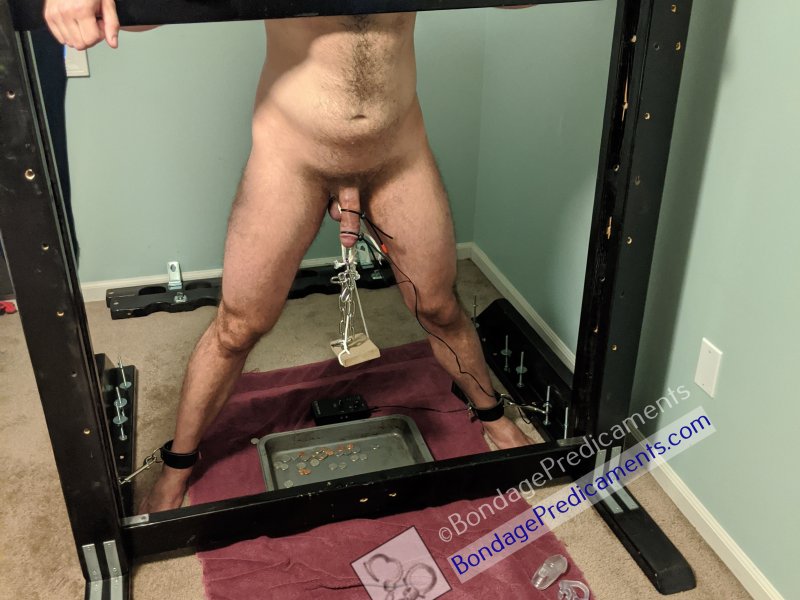 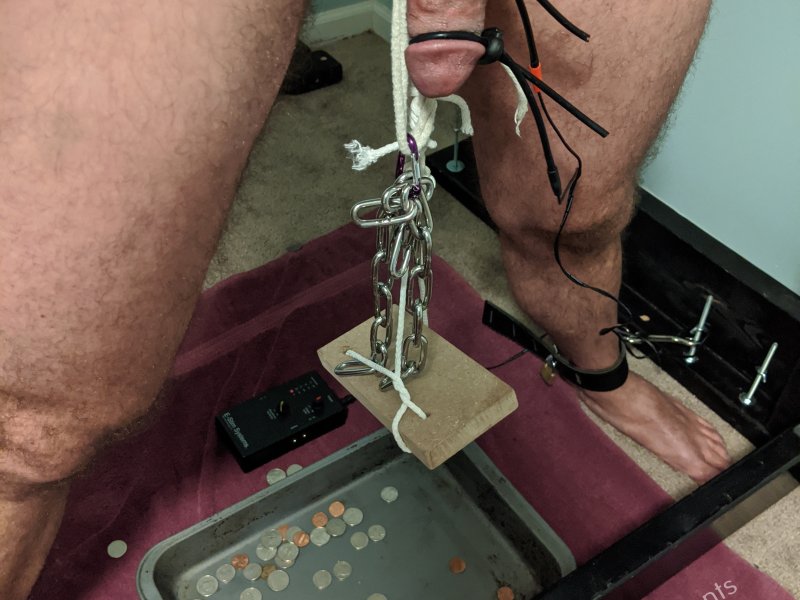