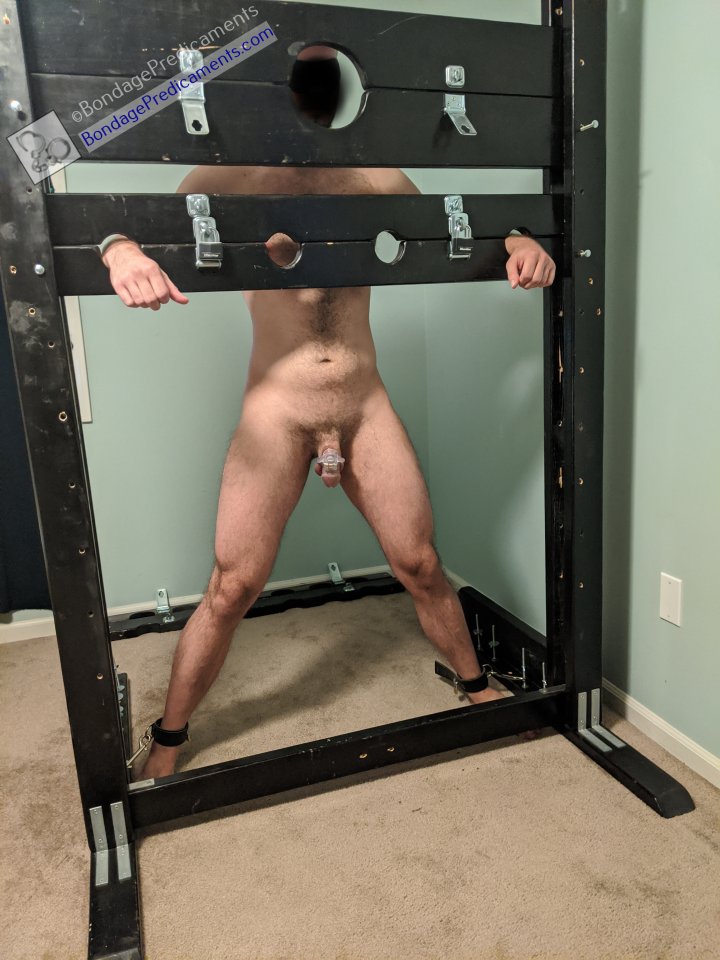 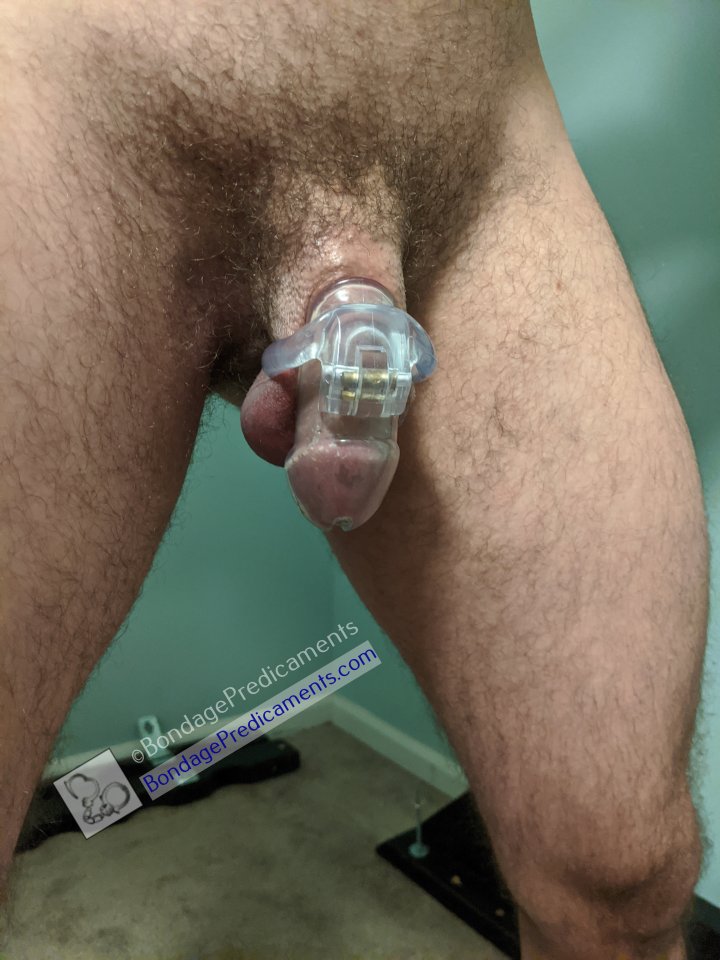 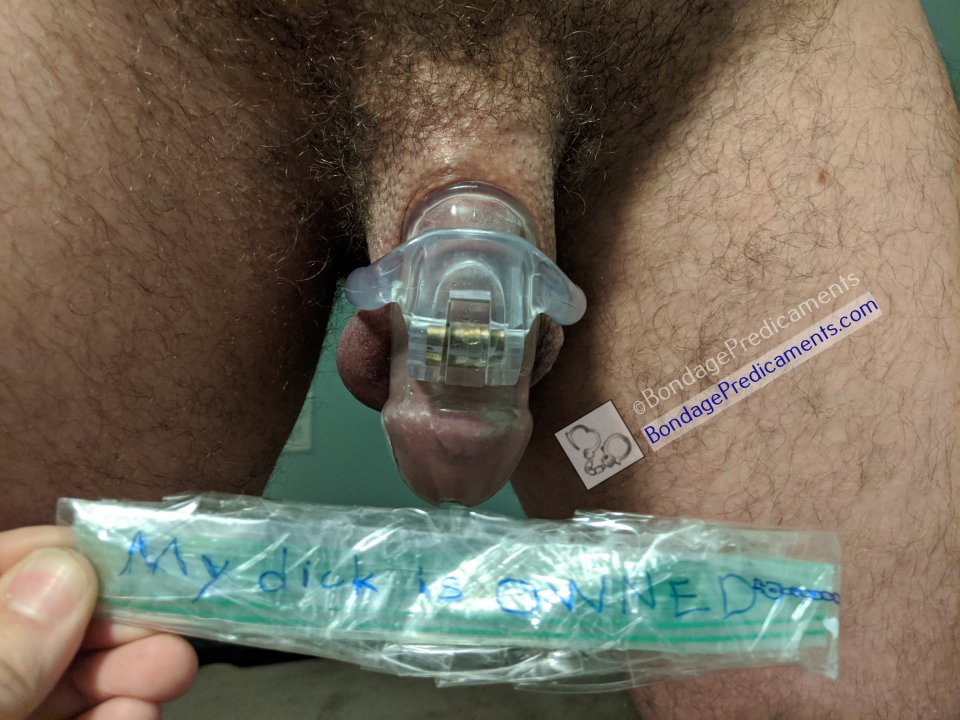 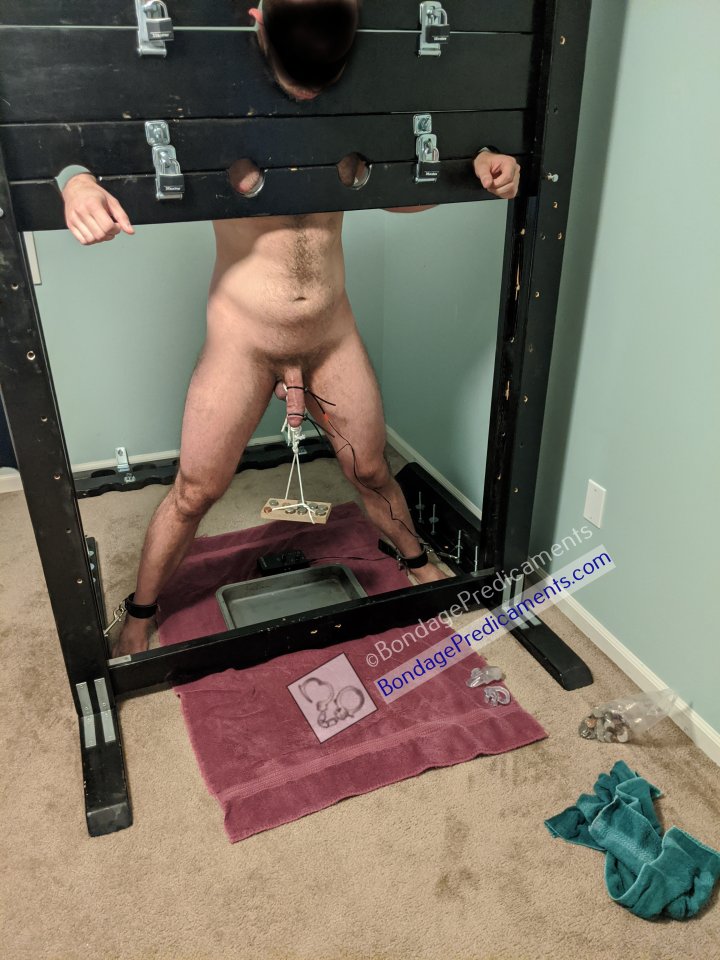 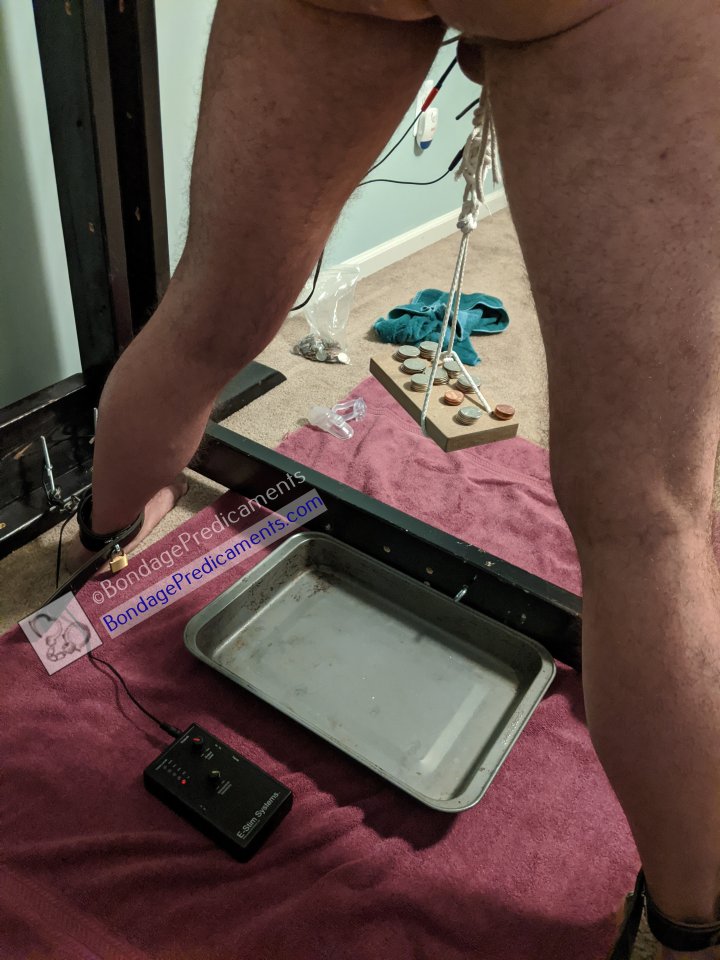 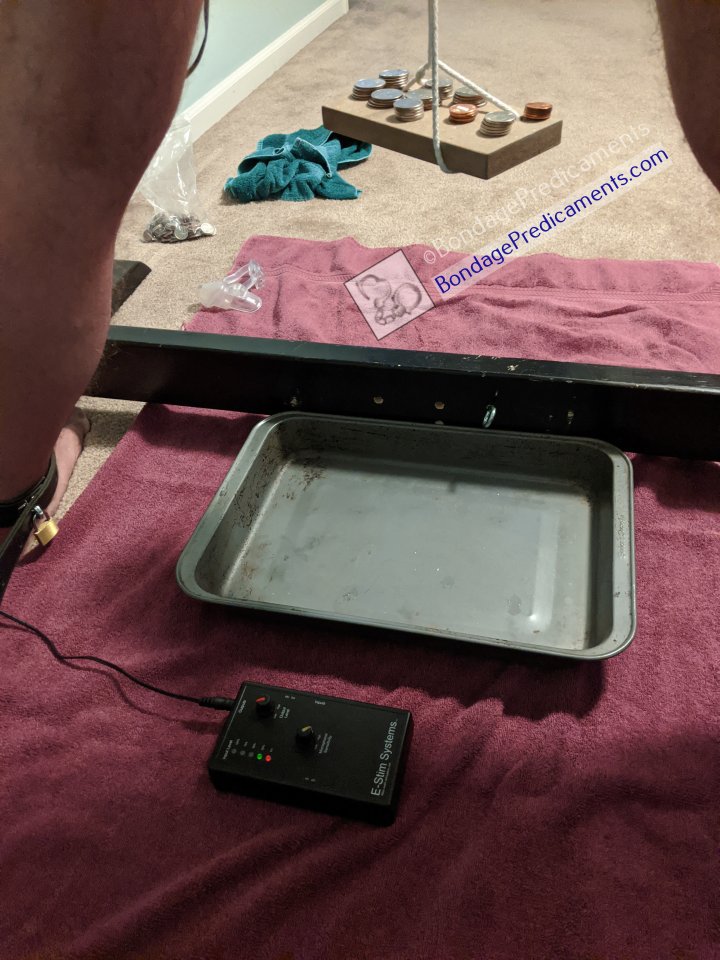 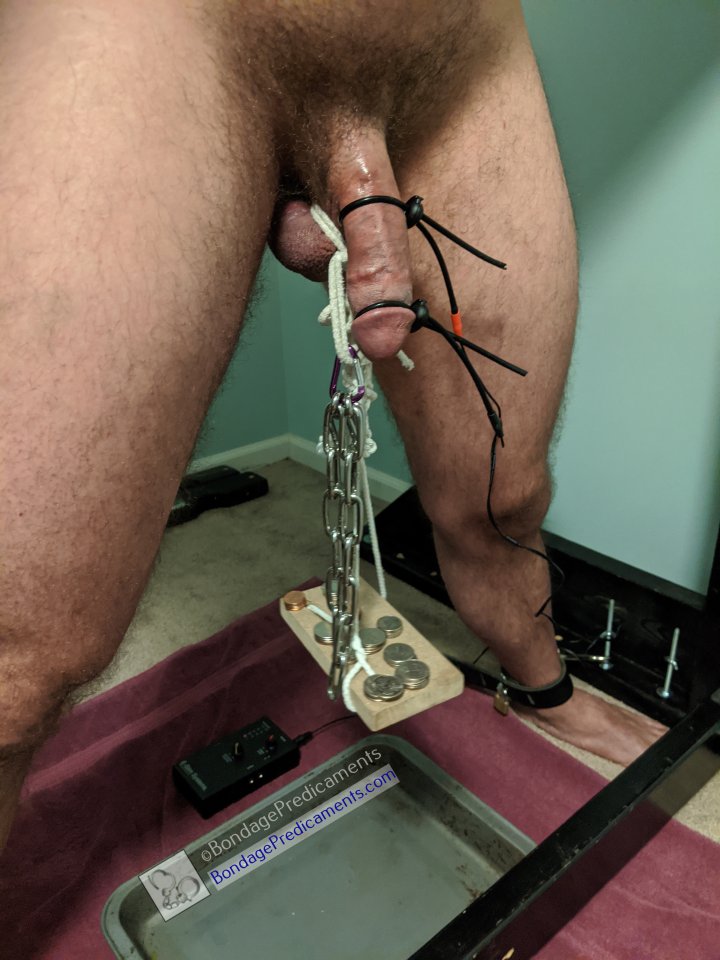 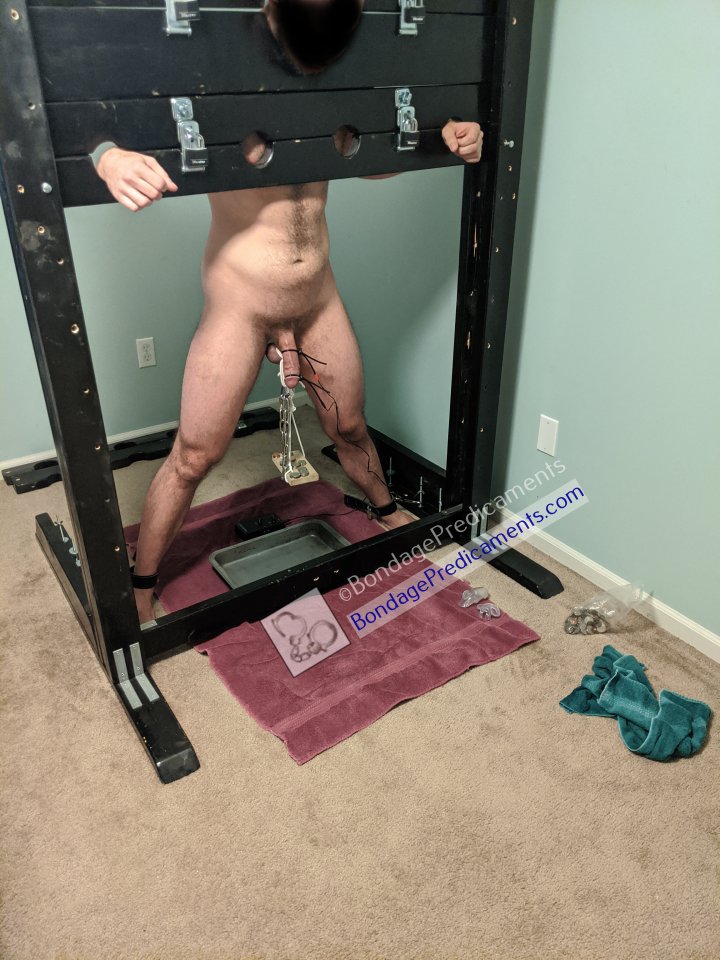 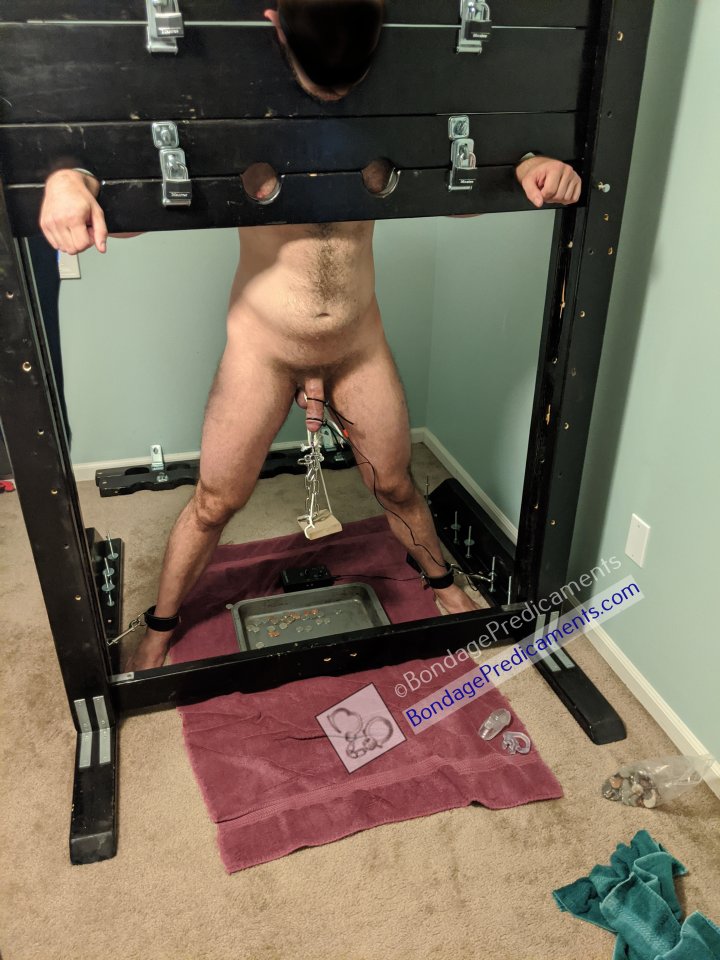 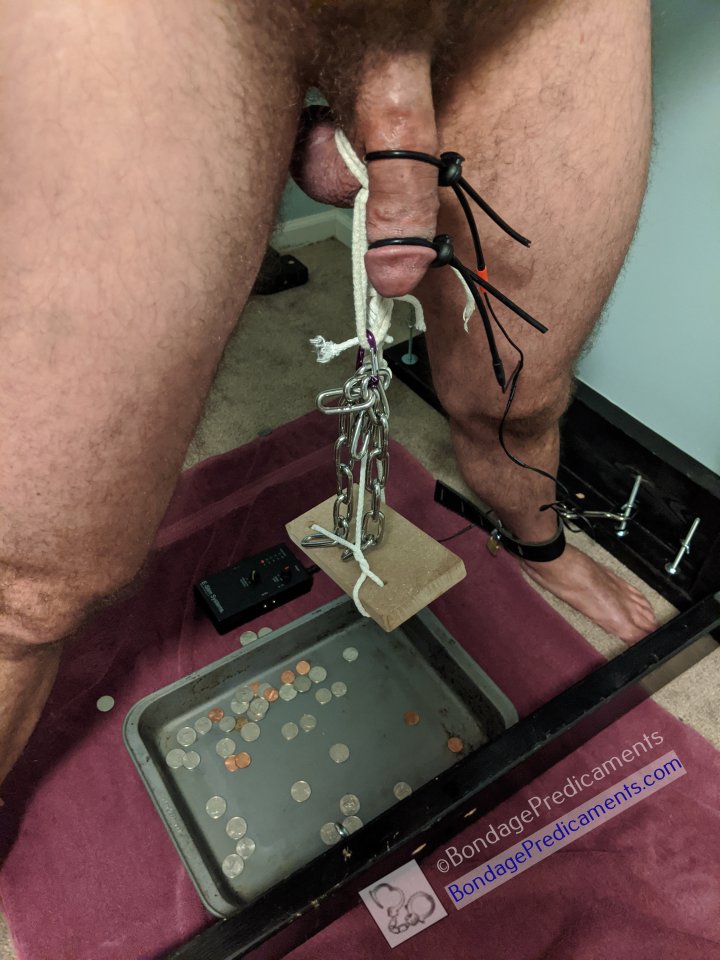 So I posted some photo clues of this session a few days ago. Some of you guessed at what was going on, and either came close with your guesses, gave me some great ideas for the future, and/or guessed correctly in the end. @sub_boi was so curiuos...he even "bought" a clue from me, at the price of 4 hours locked in the stocks, which later was reduced to 2 hours since he eventually guessed correctly. And in that post, there were some good, devious ideas contributed on what to do to him while he's locked in the stocks for 2 hours straight. *evil grin!*

So now you get to see the full pics, and here's what happened...

Once he was here, and when playtime came, I locked him in the stocks. I decided to implement something I've used before with my sub from Germany (which you may recall from a previous post). But in that post series, you guys helped be brainstorm on how this predicament could be made a bit more "interesting"...specifically, one idea involved a chain hanging from the sub's balls, not just for added ball weights, but to see if it would swing and knock coins off the wooden platform more easily. So I suspended a small wooden platform from this sub's balls, stacked some coins on it, put a metal pan on the floor right underneath it, and hooked up my sound activated electro power box to some electro cock loops around his dick. Now, if he moves, he'll have to be very careful not to let that platform swing too much, at the risk of the potentially LOUD coins dropping into the metal pan. And I was sure to place the sound activated electro box right next to the pan. I mean why would I make it harder for the box to "hear" the coins drop and spare the sub some electrotorture to his cock? ;-)

But then, after a bit of this, I added the chain. He immediately felt the extra weight hanging from his balls. I made him describe to me the predcament he was in (he was blindfolded). He did a pretty good job on that, having seen that previous post (and secretly, or maybe not so secretly...wishing it was him). But, hmm, how should I get that platform swinging? Just swinging it myself wouldn't be all that fun. Oh yeah! My incredibly powerful vibrating wand! That thing is more powerful on medium than any other wand I've used is on high, seriously!

So I start touching the vibrating wand to the head of his dick, again and again, a bump here, a press and hold there, just fucking with him to see how he reacts. Eventually I held it to his cock head more often than just touching it briefly, right on that oh-so-sensitive spot, at the tip of the head. Ya know that spot, where it's almost unbearable to endure for more than 1/2 second? Yup, THAT spot! That got him moaning, squirming, and swinging that platform around in no time! And the coins started dropping. One here, one there. One actually dropped outside the pan. And you would think would be a good thing for him? Nope...it landed right on the electro box, and was heard by the box LOUD and clear!

I kept this up until ALL of the coins had fallen off the wooden platform. Then, did I pick up the coins and put them all back on the platform, to start this game all over again (as some of you suggested in the past)? Spoiler alert: I didn't. However, just simply releasing him wouldn't have been much fun. So instead, I had another idea. After dropping all of those coins carelessly, not respecting my property, clearly I had to teach this sub some self-control, right? So I decided to incorporate that thought into releasing him, as I removed each part of this predicament, getting his "help" during the process. "Help" that he wouldn't want to mess up on...since the electro box and cock loops were the LAST things to come off.

Any thoughts on how I did that? What could you have this sub do while taking this predicament apart, piece by piece, to teach him better self-control? Let us know what you think in the comments below, and if you think I should incorporate any of this into @sub_boi paying off his "debt" with his 2 hours locked in the stocks? Then watch for Part 3 of 3, to see what I actually did there.

You could have picked up each coin one at a time and had him balance them on his open palm or the back of his hand as you released each part of the predicament. Any false movement would allow the coins to drop again and be "heard".
Log in or register to post comments

Wow, your first guess and you're so close! You're getting very good at this! ;-) Well not exactly close in the details, but very close in the concept of what I actually did. At first when I read your comment I thought that was a great idea, that I didn't think of at the time. But then again, I would have needed a very large pan or sheet of something metallic on the floor under his hands for that to be effective, because a coin falling on the carpet wouldn't make much noise for the electro box to react to. So here's a few more hints for you. When you mentioned something in his hand, you're on the right track. But it wasn't the coins. Another hint...Sometimes a Dom runs out of places to put things in a fully stocked playroom. Especially when you are taking them off of a sub in a predicament. Wouldn't want to lose them or forget where I put them, would I?
Log in or register to post comments

So maybe you gave him all the other stuff to hold on to while you were taking them off him? I started to think you might have started to load the tray with all the bits and pieces of gear but you mentioned his hands....did he have to hold the wand against his cock but not cum? My original idea was to keep his hands in the stocks whilst you released the rest of him so anything he dropped would have been over the metal pan. It's Saturday evening here, steak and red wine finished so more ideas are fighting with my urge to doze.
Log in or register to post comments

Haha, sounds like a nice Saturday night. Considering the state of the world right now at least. In your first sentence of your comment, you got it! Mostly anyway. I did hand him things as I untied them from his balls or wherever they were. But his hands wouldn't quite hold everything, so I had to give him one piece of gear somewhere else to hold on to. (No, not his ass, if that's what you're thinking lol.) Doing this also effectively kept him quiet at the same time. I was hoping it wouldn't be too heavy for him to hold where I put it. (Oh, wait, I guess it was actually HIM that was hoping for that, so it didn't make a loud thud sound hitting the floor, with his cock paying the price.) :-P Any thoughts on what that was, and where I put it?
Log in or register to post comments

It would have to be his mouth wouldn't it? Maybe that heavy chain and the tray with the coins on? If his head is still in the stocks it would certainly hit the tray with a thud. I can't think of any other place as you've ruled out his ass. Lucky sub!
Log in or register to post comments

You got it! In his mouth. Gripping it as tightly as he could. I didn't put the tray under it, but the chain alone, especially as long as it was, would have rattled and made plenty of noise on the way down alone, let alone the thud sound when it hits the floor. *evil grin!*
Log in or register to post comments 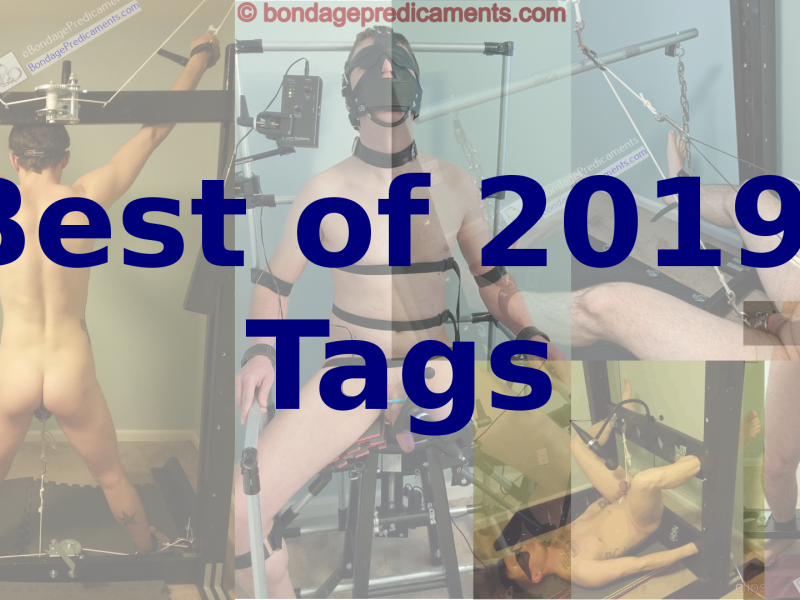 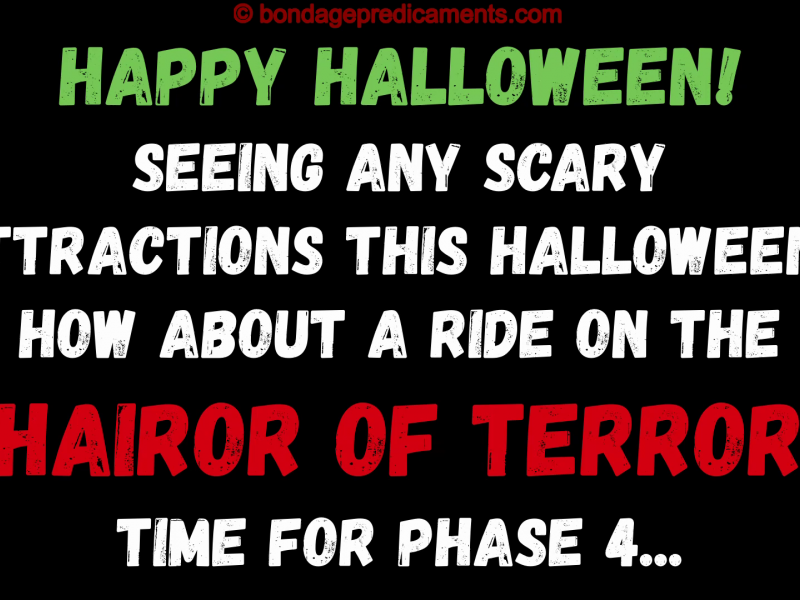 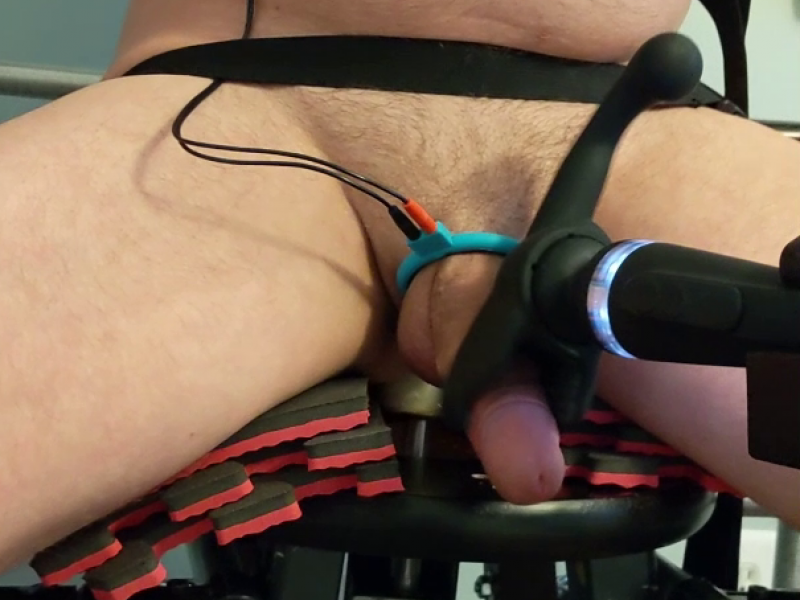 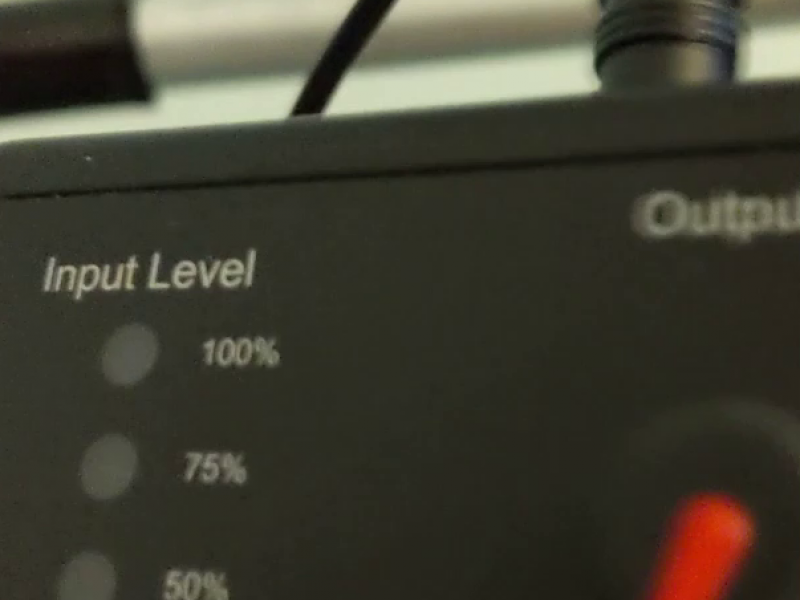 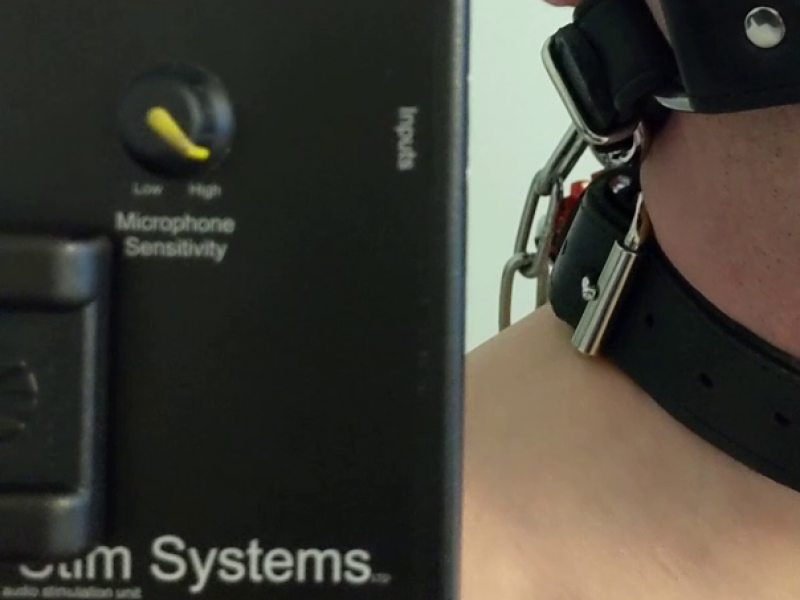 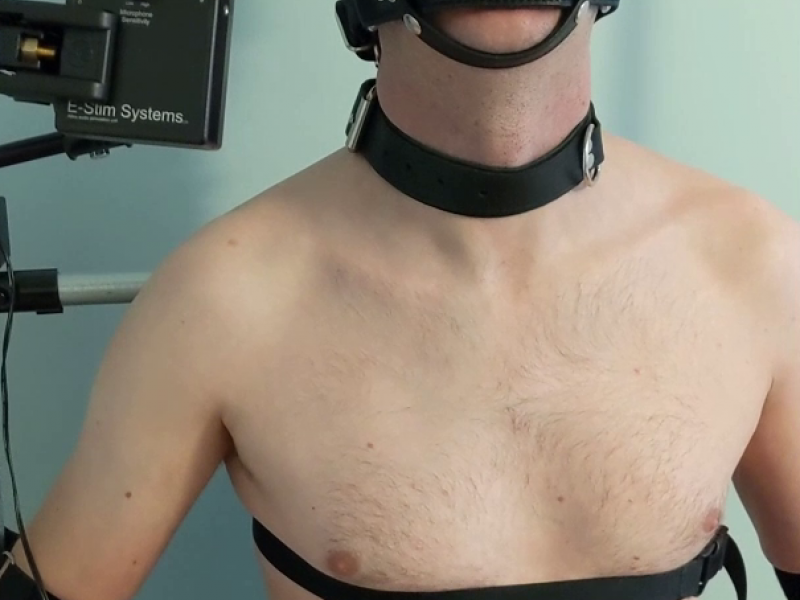 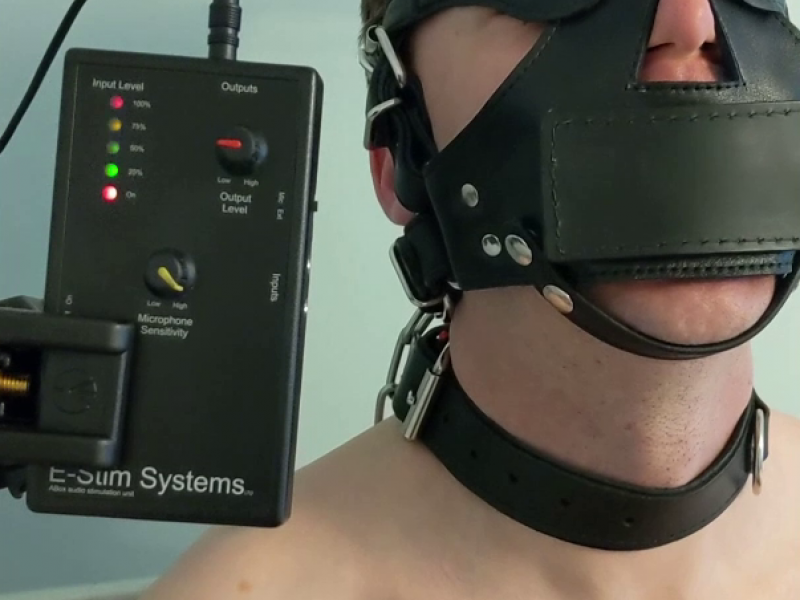 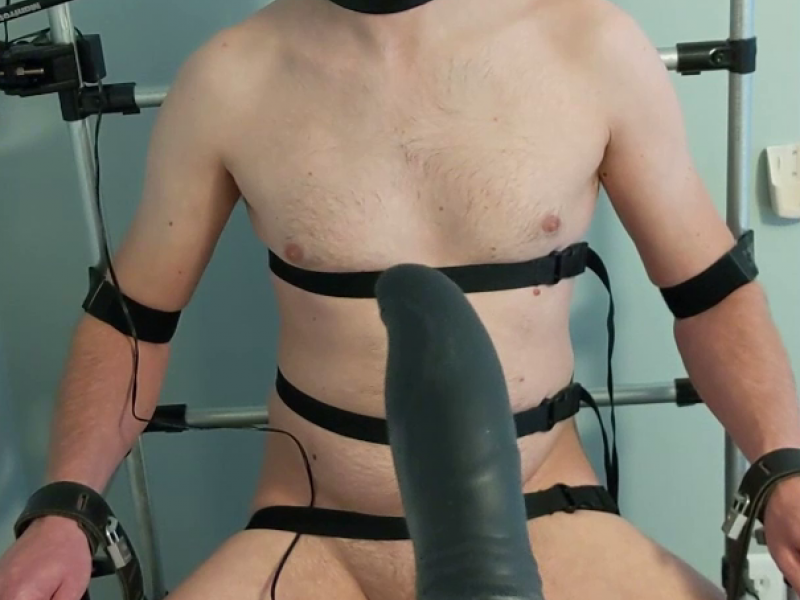